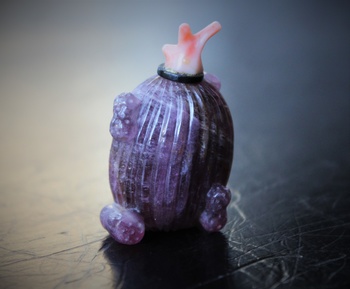 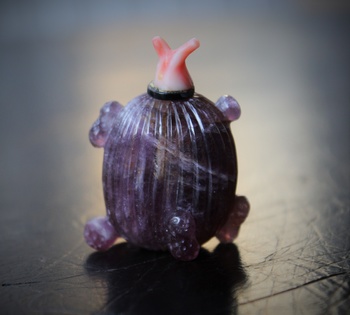 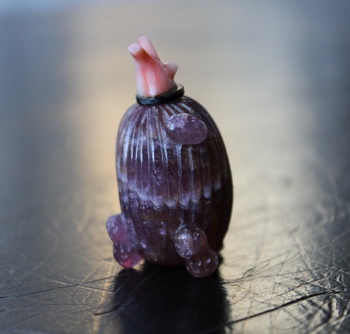 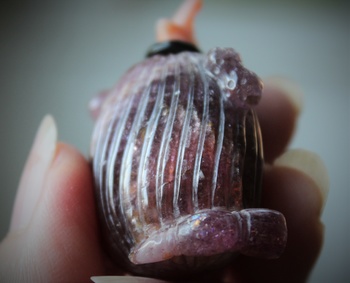 I suspected this bottle was tourmaline when I bought it, even though it was listed as Amethyst. A specific gravity test confirmed it. But the really unusual thing is that there is an opalescence or irridescence in the stone - so I guess you could say the stone has "fire." The pictures really don't do it justice - at places in the stone it has as much fire as an opal! I tried to capture a little of the fire in the last picture.

The carving is what's known as "Peanut Agate" because the majority of carvings like this were done on agate using the brown ground color for the ridged area, and tan areas for the peanuts. This one is carved from tourmaline, which is really unusual. It has a coral top, it's well hollowed, and it's very small measuring just 3.2cm tall.