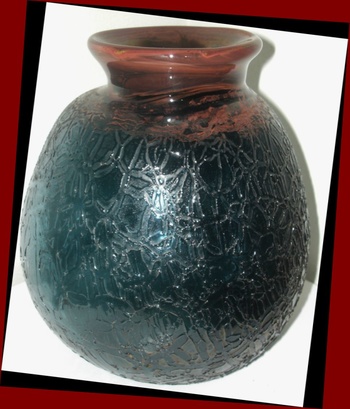 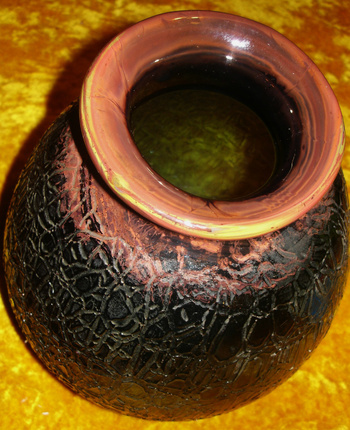 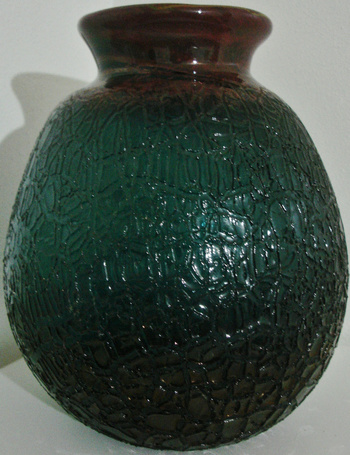 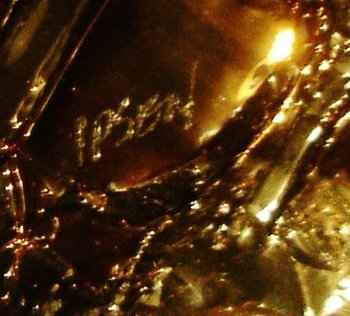 I believe this to be a very early vase by Kent F. Ipsen for various stylistic reasons. Most of his work is signed in script - Kent F. Ipsen with a 2 digit year after his name. This one is simply signed Ipsen, and not in the usual script. I believe the reason is that he was just beginning to develop his style, and the cracquelle texture did not permit the larger customary signature. I would date this item to the late '60s or very early '70s. Some of his other work that I've seen from his earliest periods used a similar aqua base glass.

The vase stands about 8.5" tall and is about 6" in diameter. The surface has a light iridescence and a craquelle texture to the body, but not the rim, which is smooth and made of dark red opaque glass.

Ipsen was one of Harvey Littleton's first students at University of Wisconsin-Madison. He exhibited with Chihuly, Lipofsky, Marquis & Dreisbach in the 1970 exhibition "Objects USA". Some of his objects are in the permanent collections of the Smithsonian, the Brooklyn Museum, the Corning Museum of Glass and the Vatican Museum.

Ipsen was a founder of the glass school at Virginia Commonwealth University. Sadly, he passed away in 2012. 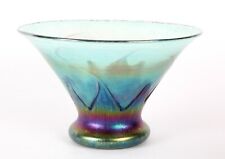 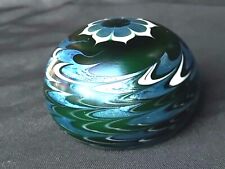