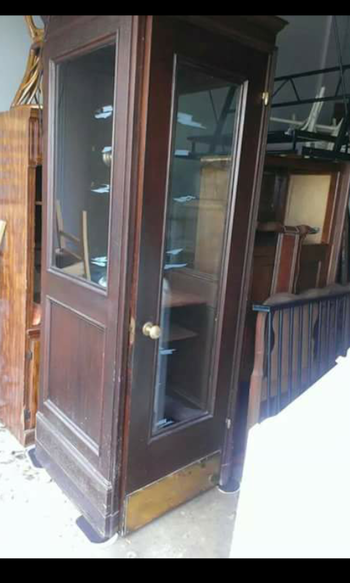 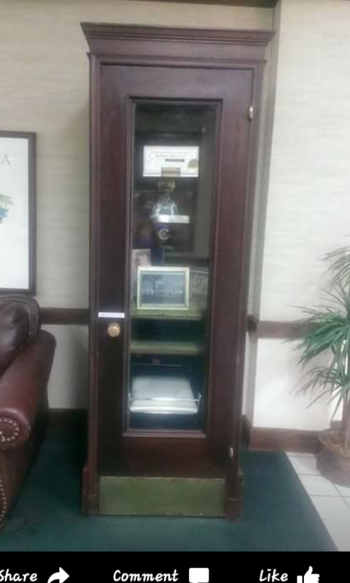 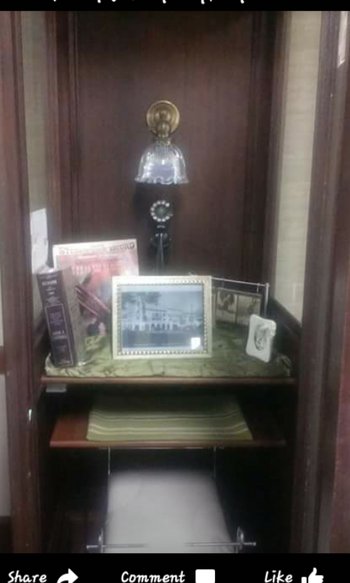 Im a barber and I have a 1900 themed barber shop, I really wanted a phone booth to be a eye catcher for my clients. I did not want a red one from England. I was interested in finding one made of wood. After 9 months and long sleepless nights, this one popped up. The story I got from owner was he is an antique dealer and he told me that this Booth originated from Philly, it was located in a federal building and was saved by a firefighter who later was given the booth. Supposedly back in the late 1900's-1960'so, anytime between those years, there is some smoke damage I'm told, no makers mark present. The firefighter kept it all these years and after retirement moved to Florida where the gentleman I purchased it from inquired it and had it on display in his antique shop for years since about 1980, he later moved it into one of his many storage units, when I saw it up for sale. As soon as I saw it ito, I fell in love with it. It has all brass fixtures, door knob, hinges, kick plate, brass around the crystal light fixture, even the skeleton key is brass and a crystal light that turns it on by using a skeleton key, it does turn on when plugged in. The phone was not included, I added that, just until I locate the one I really want in there. It is approximately 8 1/2- 10 ft tall and weighs close to 350/400 pounds, I've had to move it 3x already. Has original glass, which is very thick. It has 2 wooden shelves inside. If anyone can tell me if they have ever seen one like this and what year you believe it may be from. I would appreciate it. 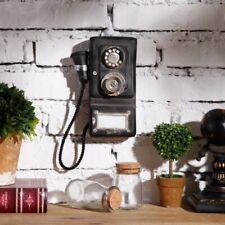 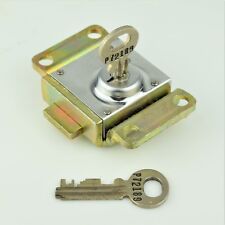