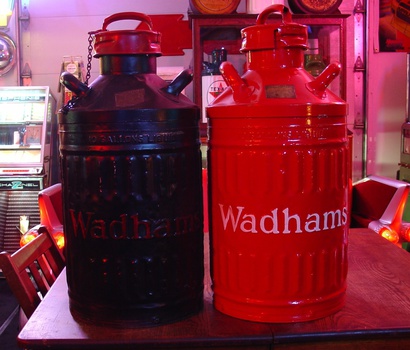 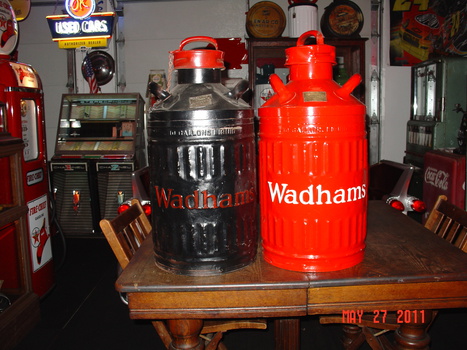 These two Wadham ten gallon oil cans were purchased just the way you see them. You can tell that the restoration is not very well done compared to the others I have show you. They still display nicely. Wadham Oil and Grease Company of Milwaukee was a chain of filling and service stations in Milwaukee, Wisconsin in the early 20th century. Their refinery was in Indiana. The company was headed by Harger W. Dodge who assumed leadership from his father-in-law in 1916. He saw the potential in offering a convenient way for automobile owners to fill their cars with gasoline. Dodge would build off-street filling stations with underground tanks for the gasoline, and electric pumps to dispense it. Wadham's was purchased by Vacuum Oil Company in 1930. Vacuum Oil was then acquired by Socony, which later became Mobil.