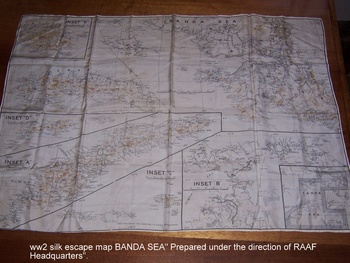 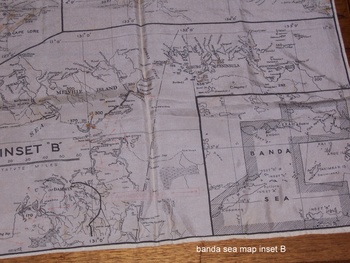 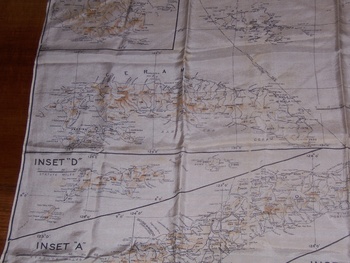 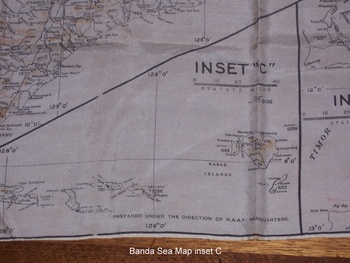 I have collected silk scarves for quite some years now and came across this one in a church market for $1.00. The only reason I bought it was because I saw it had New Guinea on it and my mother was born in Rabaul in 1927 when her parents, brother and sister lived there while my Grandfather was a school teacher there.
Anyway I kept it in the cupboard with all the other scarves for years, until one day I was reading about Silk scarves and Waddington monopoly and escape compasses and other ww2 related things when the penny dropped!! Raced to the cupboard, found the scarf, checked it out, found it had the prepared under the direction of the RAAF printed on it as well as some Air Rescue Dumps noted on it in and around Darwin!!!!

How amazing is that!!! It has obviously been used as it has a couple of tiny holes... but generally in good condition. It is a single sided map and not coloured.

I will add a link in comments......hope you think this is as special as I do. Thanks, Judy 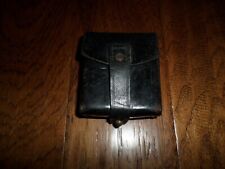