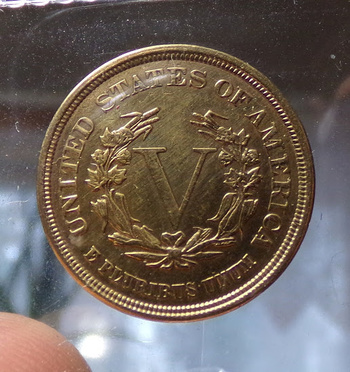 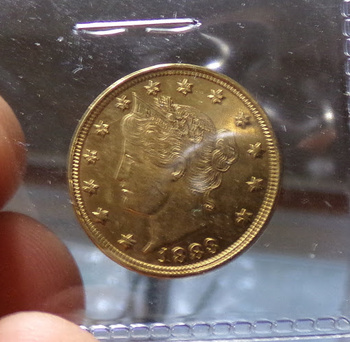 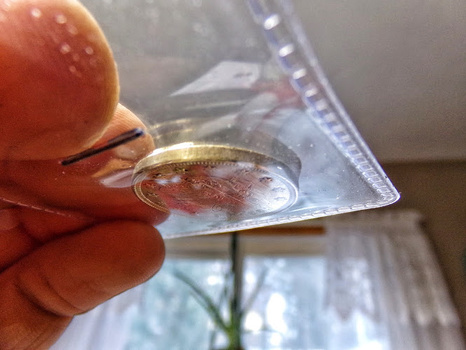 That is what they wanted you to think!

Actually, the V nickel debuted without the word "cents" in 1883. Before the year was over, the Mint had added "cents" because people were reeding the edges of these and plating them in gold to pass off as the new $5 gold coin. And it was working.

Real versions of these were plated when they were still brand-new-looking. Later, collectors began taking (usually) circulated examples of these and plated them in gold to try and copy them. The fake fakes usually exhibit no reeding on the edge and are usually circulated more. Some of the originals turn up a bit worn, but in being so worn their gold has almost all worn off. The rest were discovered and kept or destroyed.

I don't know if this one is a real fake or a fake fake, but it has a very fine reeding on the edge and is in very good condition (very little wear) under the gold plating so it makes a nice display to tell the tale of the grand scheme.