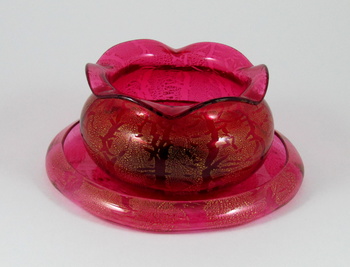 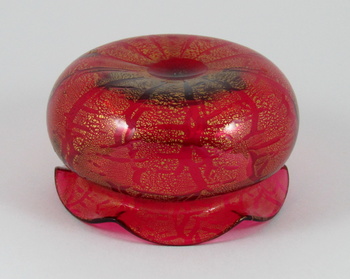 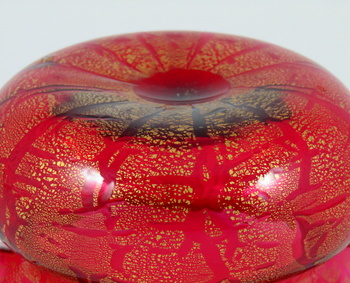 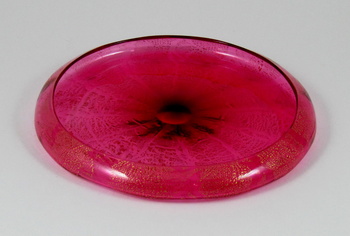 When I purchased this bowl and under plate I thought it might be mid century Murano. Stylistically, I felt like it was more likely Victorian era. I have been led in the direction that it might be a product of a British Glass factory. Paul Raoul de Facheux D'Hummy started the Aurora Glass Co. in London in the 1870's after leaving France. There is a serpent bowl that I posted earlier today that has a likely attribution to the same manufacturer. This bowl seems to have a similar technique to a rose bowl in the same shape as mine but with this technique in glass decoration. As I understand he hired Venetian glass workers at his factory and that might explain why I thought this piece might be from Murano.

I would love to have further input from anyone who has any knowledge in this area of glass. 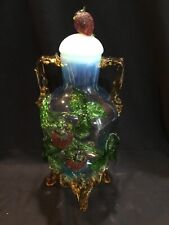 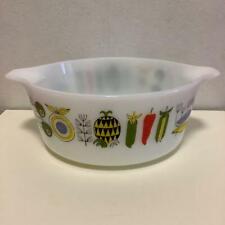