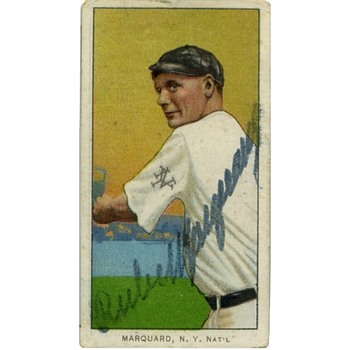 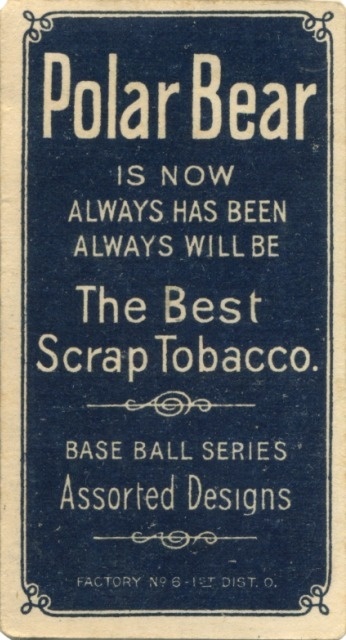 Shown here is a card in my son’s collection; an autographed Rube Marquard T206 card that is PSA/DNA certified as authentic. It is a Polar Bear tobacco card. (As a note, Polar Bear did not make cigarettes but sold “loose tobacco”.)

Marquard (pitcher) was inducted into the Hall of Fame by the Veteran's Committee in 1971.

“Any hitter can hit a fast one,” Rube Marquard said. “But not many can hit slow ones.” It didn’t much matter what Marquard threw in his 18-year career, batters had trouble hitting it. He won 201 games and had 1,593 strikeouts, the third most by a left-hander when he retired in 1925.

Marquard’s baseball career would never have even happened if his father had gotten his way. Fred Marquard was an engineer for the city of Cleveland and told his son if he played professional baseball he wouldn’t be allowed to return home.

Marquard’s major league career began in 1908 when the New York Giants purchased his contract from Indianapolis for the then-record price of $11,000. He became known as the “$11,000 Beauty” and made his debut at the age of 21.

But Marquard did not live up to the lofty expectations his price placed on him, winning just nine games in his first two full seasons with the Giants and he became known as the “$11,000 Lemon.”

In 1911, however, his potential was finally realized, as he won 24 games and led the National League with 237 strikeouts. That season started a three-year run of success for both Marquard and the Giants. He won at least 20 games and helped the team to the World Series each year. Marquard began the 1912 season winning 19-straight decisions, a modern era record. He finished the year with 26 victories and added two more in the World Series, though New York lost to Boston.

With the success came increased fame for Marquard. He married vaudeville star Blossom Seeley, and the two performed their act across the country. He won 23 games in 1913 and in 1915 threw a no-hitter. Later in 1915 he was sold to Brooklyn, where he pitched for the next six years. He posted a career-best 1.58 ERA in 1916 and appeared in two more World Series, though he still was unable to win a championship.

Marquard’s career ended in 1925 with the Boston Braves. He was known for his fastball and his control, which made him very difficult to hit when he was at his peak.

These vintage pieces of cardboard hold a lot of history! 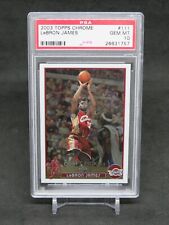 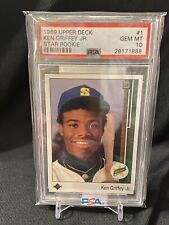