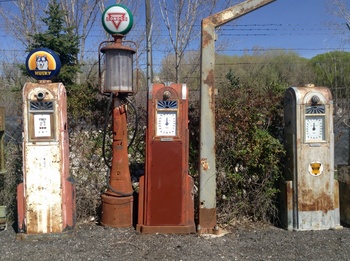 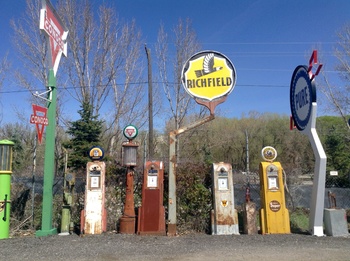 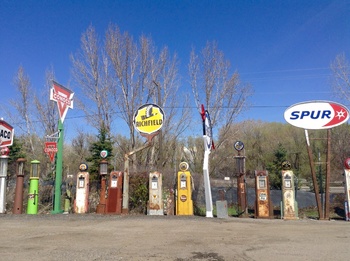 I got a call from a friend in Idaho telling me about a Collector with some gas pumps for sale about a year ago when I was on vacation in Hawaii. I called the guy and he told me what he had and this Wayne 60 was in the mix. We settled on the price of $450 and I said my son would be up to get it in the morning. It was a blizzard that day but my son arrived at 10 am just like he said he would the night before. When he got there this pump had been sold and picked up by a local guy the night before and AFTER we had made our deal!!! Not a happy day for us!!! About a week ago the guy that bought it called to tell me it was in a box and for sale again. I was at his home the next day to get it so it didn't escape me a second time. We added the Clockface and the door that was missing as I had them in my shop already. I can't seem to find too many gas pumps! Especially not Wayne 60s. Personally I like the pumps in unrestored condition just about like they are when we get them. Yes we sometimes add a door or computer or something to "finish" them off a little, but rarely do we restore them. Original is cool and has its stories to tell the onlooker.