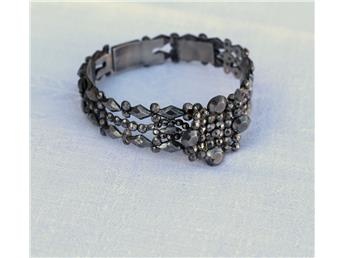 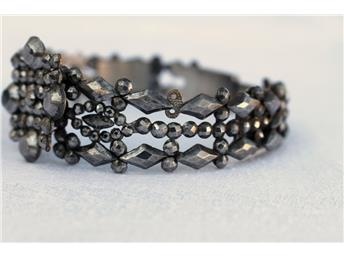 I´m so happy to now have this rare piece in my collection.
It´s a victorian cut steel bracelet. Cut steel was high fashion at the time and most of it was produced in England. I have red it was first made in England in the early 1700´s although some records show it started much earlier, in the 1500´s. Cut steel is often mistaken for marcasite.

Because of the nature of the material these pieces of jewelry were prone to rust. That´s why it´s hard to find these today and to find ones without rust. This bracelet has survived fairly well, no rust but a few tiny rivets missing. I think it still shows spectacular craftmanship. What do you think?