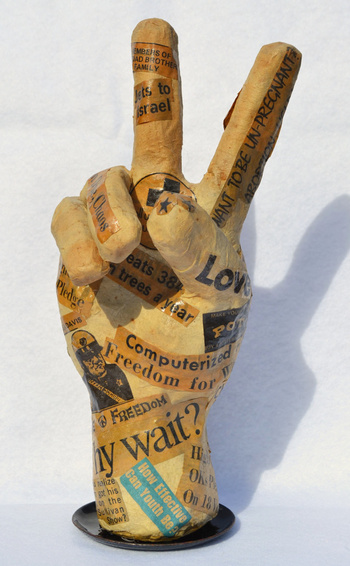 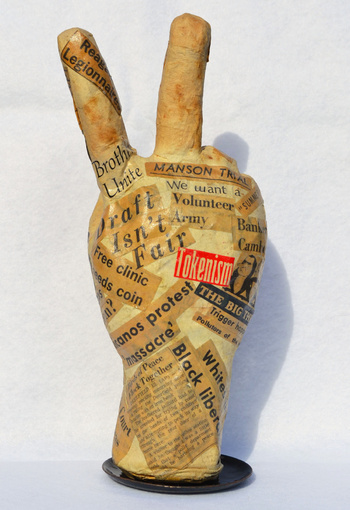 This was someone's high school art project. When I purchased this (20 or so years ago) at an estate sale, the lady at the sale said something like "Aw, I didn't know Mom still had that - I made that in school." I've always wished I'd have asked her to sign it but, at least, it has been a cherished item in my world.

It is a life-size (7" tall) papier-mache hand posed in the "peace gesture" and collaged with newspaper headlines clipped from (most likely) the L.A. Free Press, an alternative newspaper of the era. The clippings seem to date from 1970 or 1971 - the Manson trial began in June, 1970 and ended in January, 1971; the draft was ended and a volunteer army was created in January, 1973.

The gesture itself permanently entered the vocabulary during the 1960s when it was adopted by the anti-war protesters to signify that the only real victory was peace.