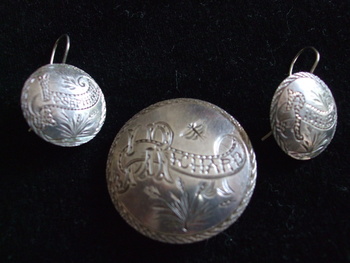 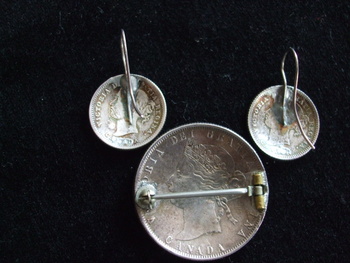 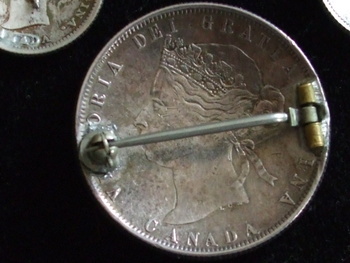 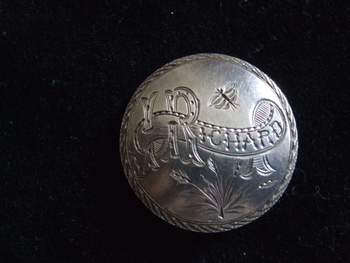 Actually Love Tokens are not that rare and date from the 13th century. They were done usually with low denominational coins made of Silver and rarely Gold. They were as the name states, tokens of love and affection. Coins were ground on one side and carved with elaborate designs that included the recipients' name or initials.
Today I got a call to look over a lot of jewelry that a lady wanted to sell and to help her price them for the sale. In one box there was these three related love tokens that had been carved in a Victorian silver Canadian 50 cents piece and in two Victorian silver Canadian dimes.
Here is the unusual aspect of these tokens. Along with the tokens was an old piece of paper stating that on her 18th birthday in 1877 Josephine Richard was given these tokens by her father Elzear. It happens that my grandmother was also Josephine Richard albeit not necessarily the recipient of these tokens. She would have been born around 1877 whereas this Josephine was born 18 years earlier. Quite unusual to get something so personal that I can relate to.
These tokens were made into a wearable pin/brooch and a pair of pierced ears earrings (one says Josephine and the other Richard). 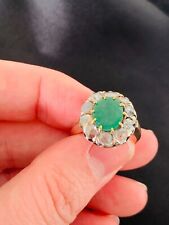 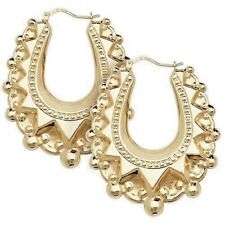 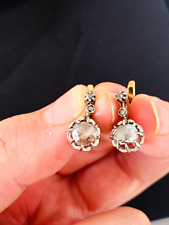