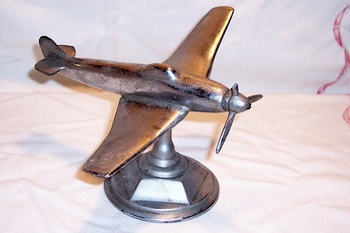 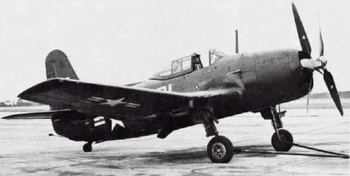 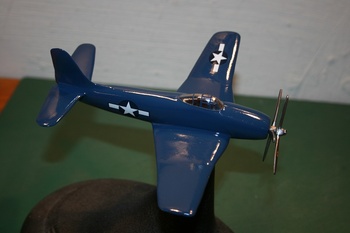 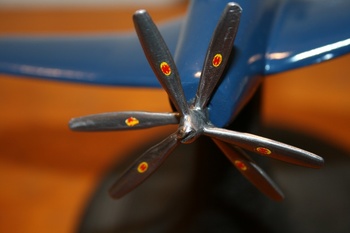 This is a crazy story. A good friend picked up this model in an auction just so that he could get the original Curtiss model stand. No sooner receiving the model and stand, he shipped the airplane to me for "disposal". It sat in the shop for a few weeks collecting dust. While researching another Curtiss airplane project, I stumbled on the pictures of the Curtiss XBTC-2 (Experimental Bomber Torpedo Curtiss, second series). Darned if it didn't match up to most of the outlines! Obviously the tail assemblies had been broken or been sheared off over the decades. There were surface cracks in the metal and chrome as well. Nonetheless the decision was agreed to bring it back to be displayed. This meant delicate surgery, metal recasting of missing parts and re-sculpturing. In addition, the -2 used contra-rotating props made by Curtiss and looked nothing like the props attached to the model. New spinning props were made using NOS cast metal props from the 1940's. In addition, none of the full-scale test aircraft were delivered in bare metal but in Navy Blue. The canopy area did have good chrome so it was decided to utilize this. The full-scale airplane lost out in the competition with the Douglas XBTD (Douglas AD-1 Skyraider) so literally became a footnote in history. The mere fact that it was produced and flown by the Navy at Pax River did give the model historical significance and, in fact, may be the only known sample still in existence. This XBTC-2 model has since been returned and placed onto a highly polished Curtiss model stand.