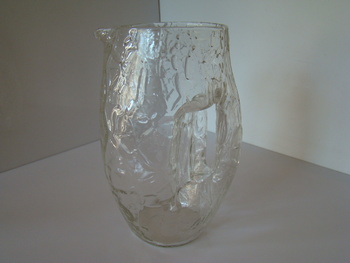 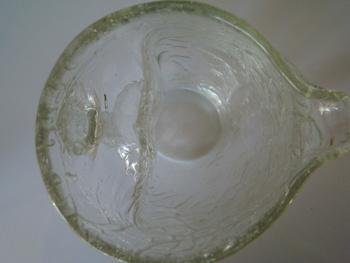 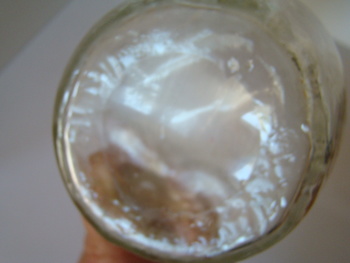 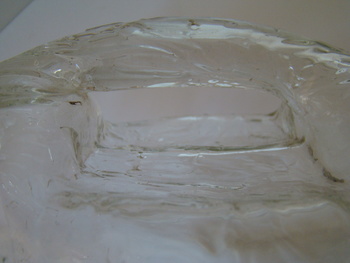 I've got the jug for a while but I never posted it because there had been many posts abut those jugs.Now I think it can be a contrbution to the sklo's post from the last week.
I'm not sure about ID.It isn't crackle literally but has the surface called crackle in Kralik's items.It has a big polished pontil,an empty handle and the exterior under the handle isn't flat - it's moulded with something like a ridge in the middle.18 cm high.
The most probable it is by Ludvika Smrckova 1939 for Krasna Jizba and produced by Ruckl Nizbor.
The link in comments .