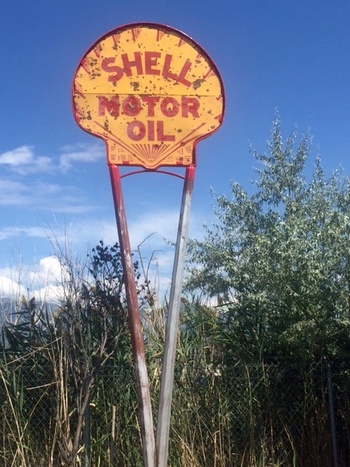 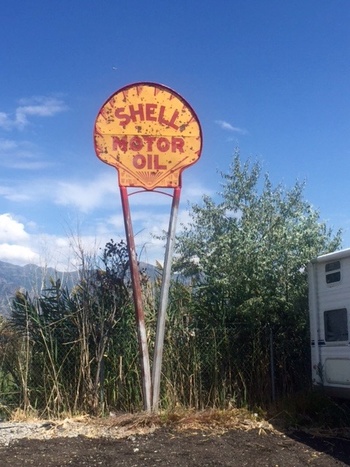 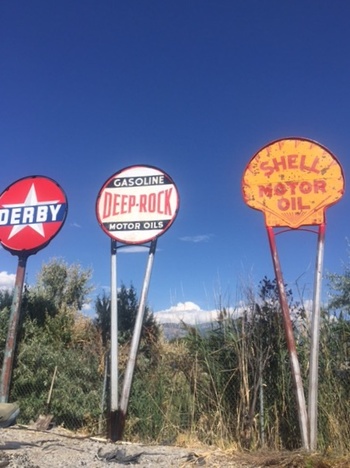 This 6' Shell Sign is the normal 2 piece Shell but it has another single faced sign on the back side of it. Both appear to be from the 30s and both are pretty "weathered". We've noticed that the lower sections of the 2 piece signs are often a little different from each other. We have 4 of the SSP 6' signs at Lakeside Storage and the bottom sections vary from each other.
A "Pole" Collection wouldn't feel complete without a Shell representative since they are the Compant that really pioneered and developed the Deep Water drilling and platform technology which they shared with BP and others. It was originally the Royal Dutch Shell Company that opened business as Shell Oil in the USA. Like Fina, BP and others, we don't usually think of Shell as a "foreign" Company. The face in the pix came from Salem Oregon and the back face came from Joplin MO. We don't have many Shell Stations in Utah and probably never had any of them in the 30s?