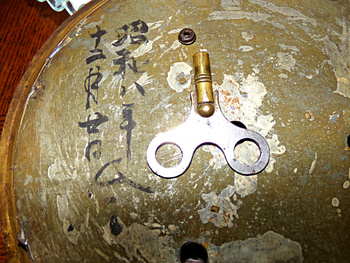 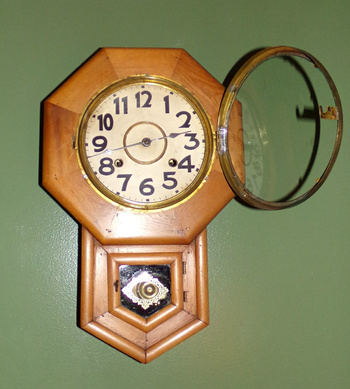 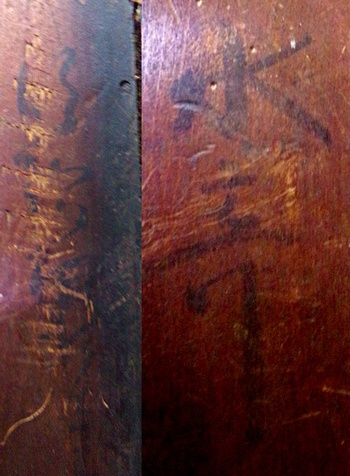 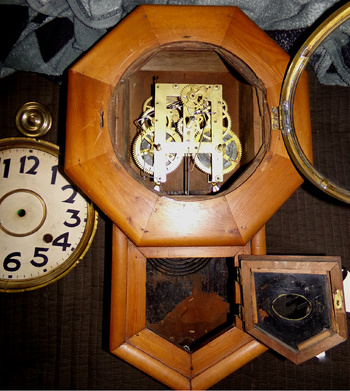 I was hoping to know:

What company made this clock?
When was it made?
What model is it?
What do the Asian characters say?

This was cheap at the flea today. I could tell it wanted to work. All it needed was a little degreasing and sever attempts to keep it going (taking up about half an hour of disappointment).

It had a black with dull goldish text label inside, but all that could be read is OCK (Clock) and a couple letters here and there as it had disintegrated into oblivion.

In the end, it struck 931 times unassisted--
Nine-Hundred and Thirty-One times!!! Then, upon being moved, it struck an additional 26 times! (The arm had become stuck in the Strike position)-- And the coil wasn't even fully wound.

Anyway, I think it'd been 'restored' back before I was born (that tells you my age), as it has a name, Sam, and 5/89 (almost certainly 1989) along with a number that likely has to do with the clock repair service that oiled it and, perhaps, refinished the case. I think the glass was also replaced on the big door as it's of totally different manufacture than the little door at the pendulum-- the key in which, when in locked position, interferes with the cast iron pendulum coated in brass (door-key is not removable).

It almost appears that the mechanics are brass-plated copper. Totally unmarked. The pendulum and the piece that holds the gong are both of cast iron. A thumb-screw holds the minutes hand in place. Key is steel once plated in brass. Dial is painted paper.

Pic one is reverse of the face. Pic three is two portions of the back that I cropped and grouped together. 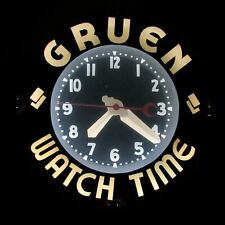 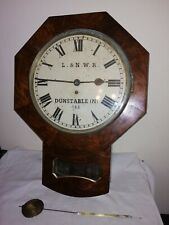 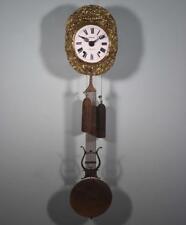 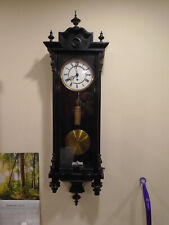