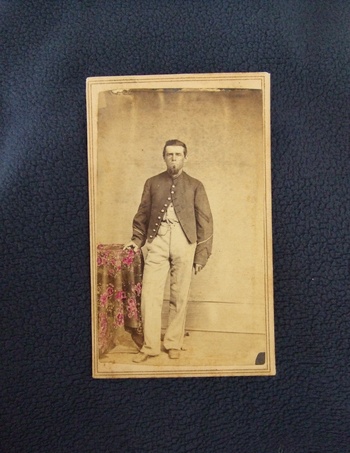 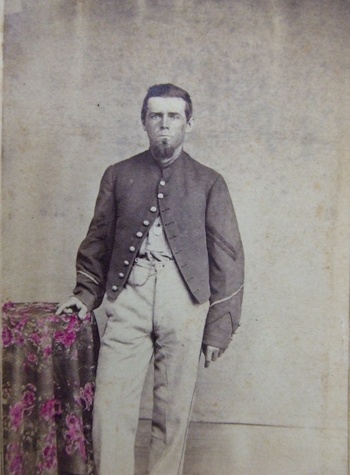 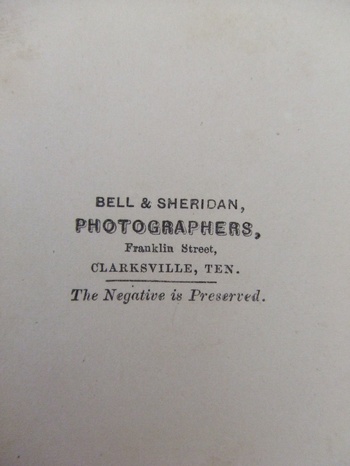 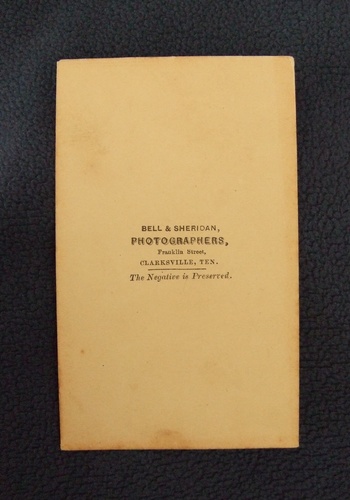 I just wanted to add this posting after reading welzebub's posting from a few days ago.

His posting highlighted the dangers of online information and that much of it is just not accurate.

This posting demonstrates more of the same (with no ill intent).

A seller on ebay posted a Civil War soldier photograph for sale and attributed the image to Naum Cregar of the 15th NJ Infantry. Apparently, the cdv came in an album from the family that originated in NJ.

Someone added the seller's photo to the soldiers find a grave listing. FANTASTIC, now we have a long lost portrait of a Civil War soldier!

Not so fast.... The carte de visite does not have any inscription on it. Additionally, the photograph was taken in Clarksville, TN (my reason for acquiring the image). A quick search of the 15th NJ shows that they were an Eastern Regiment and never in TN.

Another inconsistency is the soldier's veteran stripe-- showing he had reenlisted for another term of service. PVT Cregar did not even complete his first three year enlistment due to the end of the War.

So, who is our soldier? He is unknown. But based on what we can see in the image, it is a late war image-- probably taken in the summer of 1864; but before AUG when a revenue tax stamp would be required to be affixed to the image.

Based on units occupying Clarksville, TN; I would suspect that he is an Illinois soldier.