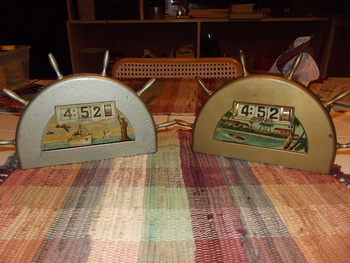 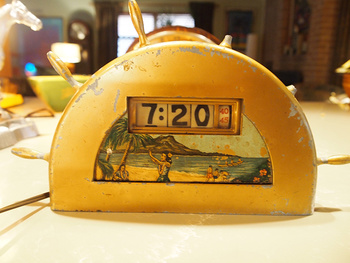 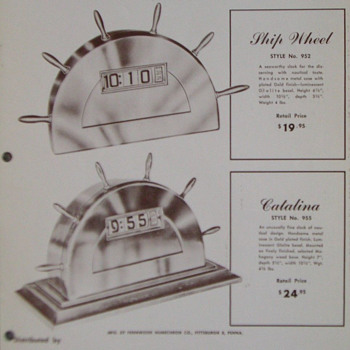 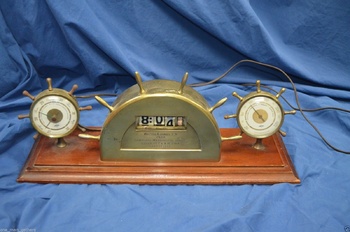 The Television division of the Pennwood Corporation produced six ships wheel clocks between 1945 and 1955, models 951, 952 Ships Wheel, , 955 The Catalina, and 956 The Nautilus. The 951 models feature a small vignette, the most common of these are a New York Harbor, and a Florida Coastline Scene (picture one), The third 951 model is the rarest it features a Hawaiian beach scene with Hula dancer and a fishing boat with people at a Luau on the beach. For some unknown reason known only to Pennwood they did not manufacture many of these Hawaiian beach clocks, they rarely come up for auction, the one in the second picture is the first one I have every seen on eBay so I bought it, when they do, they are not in good shape usually, thus mine,
The 952 Ships Wheel, , 955 The Catalina (Advertisement in picture 3), and 956, The Nautilus (picture 4) are pretty generic plain brass clocks with or without wooden bases. I own two of Nautilus models, one the one pictured in picture 4 was a presentation piece. Some of these clocks feature "Glolite" a lighted readout. The Nautilus, model 956, is a weather station also featuring a barometer and a thermometer on each side of the clock. 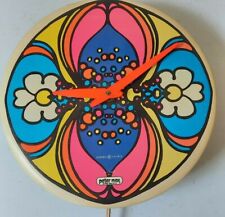 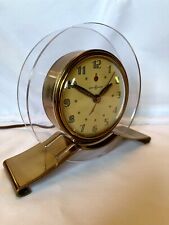 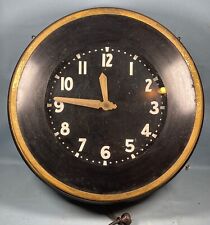 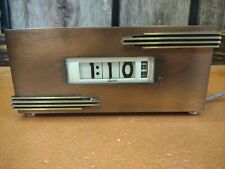