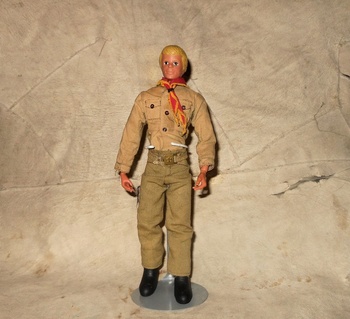 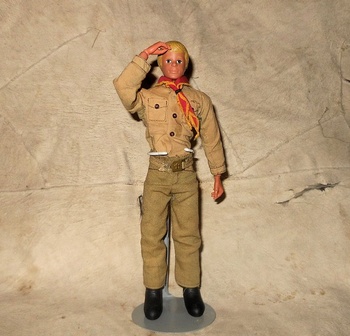 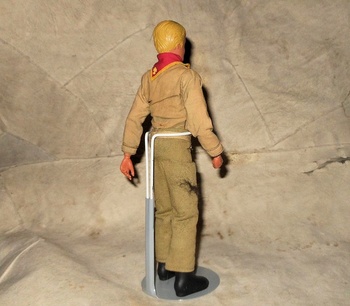 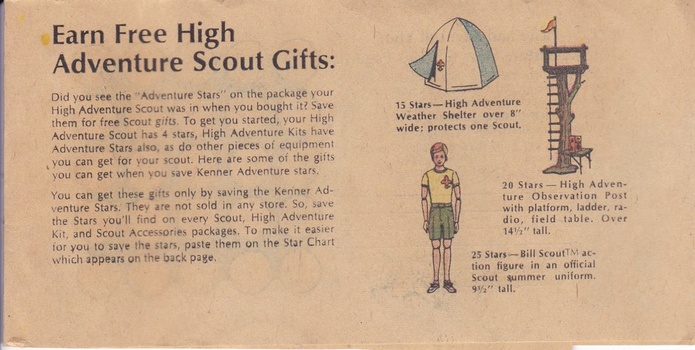 This is a rare find as it is a rare figure found in an antique mall and not online. He doesn't have the original uniform but just having the figure is enough. It is a Steve Scout uniform though so it is from the figure line.
Every figure and accessory set from the Kenner Steve Scout line came with stars . A Steve Scout figure came with four stars. With 25 stars you could send away for the Bill Scout figure.
Bill Scout was a blond figure who came with a "summer uniform". That would be shorts, a tee shirt and shoes instead of boots. This one is wearing the standard Steve Scout uniform (with the wrong boots). I will come up with uniform worthy of this exclusive and elusive figure.
In the meantime I want that observation tower set. I have the tree but not the platform. There is always something. 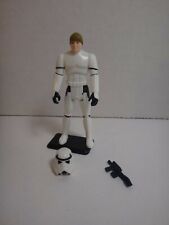 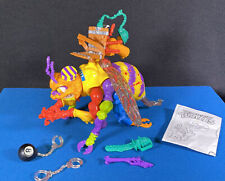 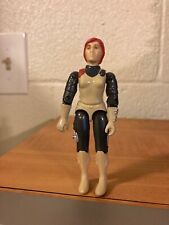