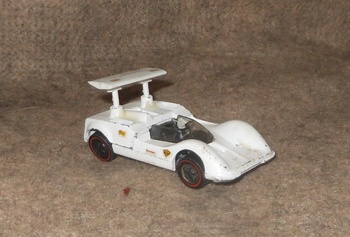 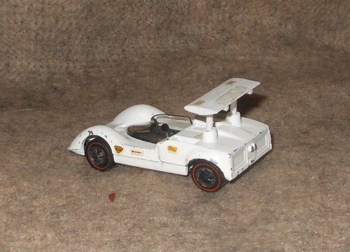 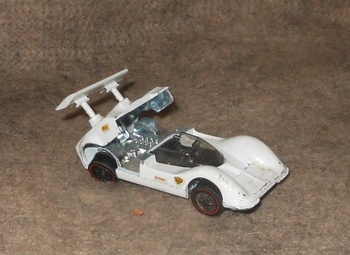 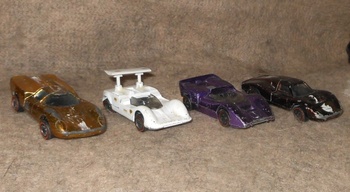 The Chaparral 2G was added 1969. It is based on an actual car as were most of the Grand Prix style cars. Grand Prix being French for Stock Car racing.
It was available in several colors but white is the best if not the most valuable as the original was white. Plus it is white enamel so it fits in my enamelware collection kind of. There should be #66 stickers on it but it has lost all of its stickers. Looks like it has stickers from the dragster sets which it should not have. The original did have some sponsor decals so it does not detract from the looks too much.
It has clear glass so it is the US version. Both US made and Hong Kong made cars were sold in the US.
In the last photo are the other 3 cars in this class from 1969, Lola, Chaparral, McLaren and Ford Mk IV. They are in rather rough condition ad may or may not get their own posts in the future.