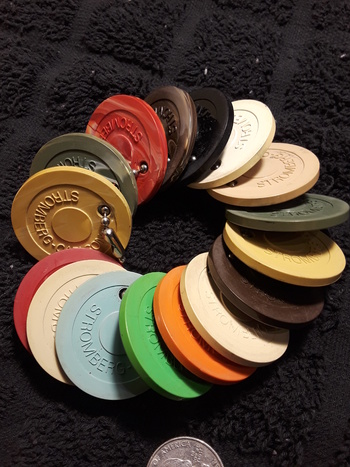 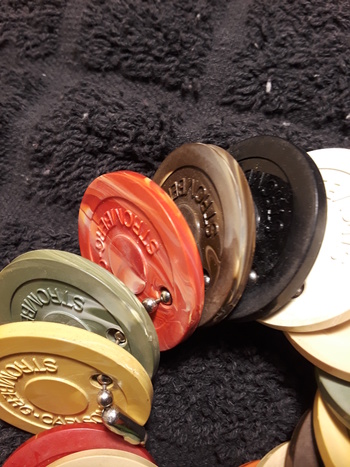 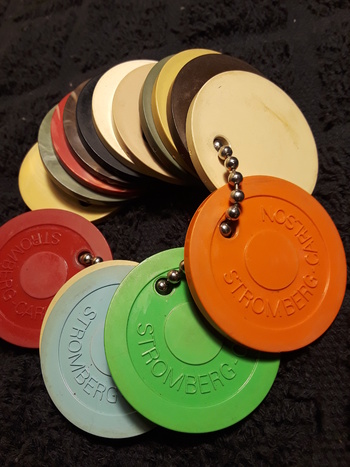 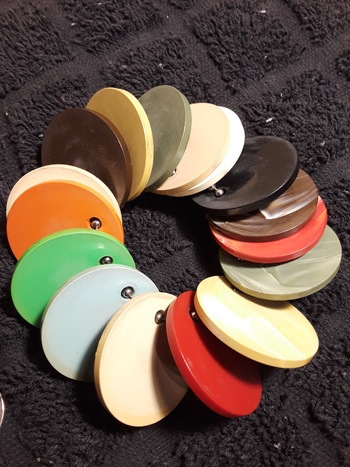 These are an interesting (to me, anyway?) artifact of the mid 1980's, shortly after the then US Gov't administration officially "de-regulated" the (landline) telephone industry (read: broke up the Bell System monopoly) as it had largely existed up until then -- which for the first time allowed private citizens to actually buy and use their own telephone equipment instead of perpetually 'renting/leasing' it from MaBell.

This is a ring of 16 sample chips, representing the variety of colors then offered by the STROMBERG-CARLSON CO. of Chicago for various models of telephone sets. The phones themselves hadn't really changed much yet (being the same basic things they'd always been, and made by the same formerly 'supply' companies) and even most of these colors had always been available, just seldom found in favor of 'standard' black, beige, olive, and brown. However, this ring *does* include four variations which were indeed "new" at the time -- versions of 'harvest gold', 'olive green', 'bright red', and 'chocolate brown' with white "swirls/streaks" added. (pic #2) Each one is 1-1/2" across, with the STROMBERG-CARLSON name on its front. 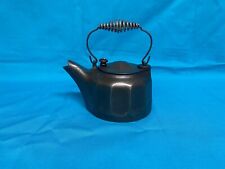 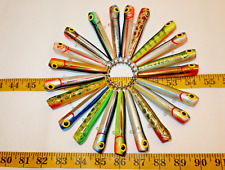