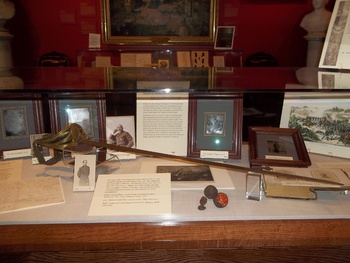 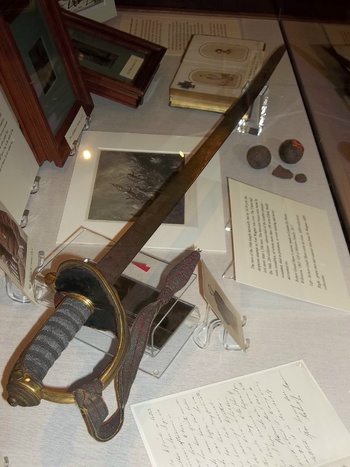 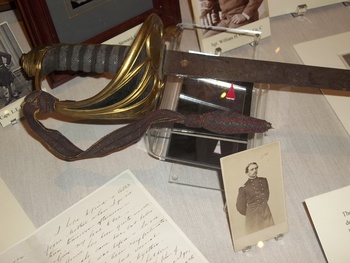 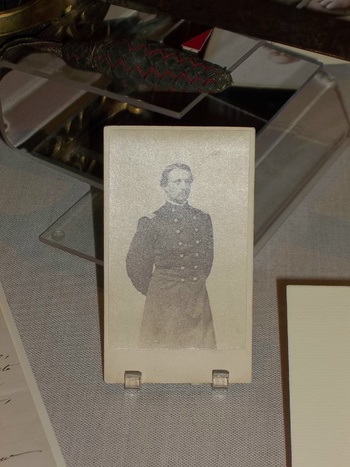 In Boston last September, I was able to attend an exhibit of items belonging to Colonel Robert Shaw. Colonel Shaw was a civil war officer who commanded the 54th Massachusetts colored Regiment. His story as well as that of the 54th was made famous in Peter Burchard's book One Gallant Rush and in the 1989 film Glory, staring Matthew Broderick. Apparently, after Colonel Shaw was killed, his sword was commandeered by a confederate officer. About a year or so later, this very sword was recovered from the confederate officer and subsequently returned to his parents in Boston. The collection was recently donated to the Boston Historical Society and briefly exhibited there.