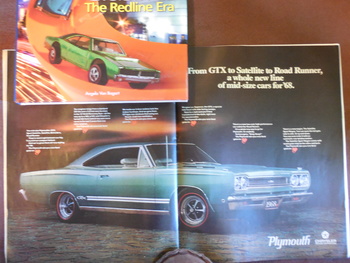 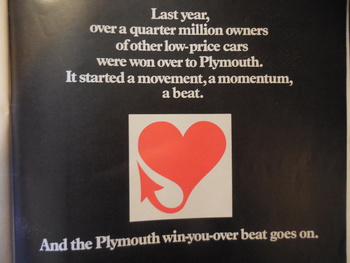 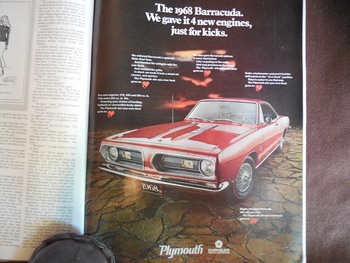 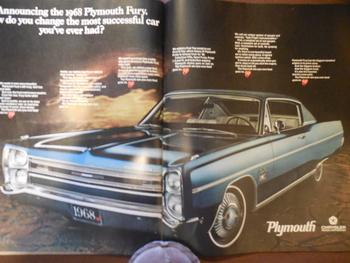 Here Thomas, in honor of your new, "old 1939 Chrysler Plymouth", some advertisements from the 1967 POST magazine. Fast forward 29years to the new models for some 1968 Plymouth cars. Though not a Plymouth, but a 1969 Dodge Charger that's on the cover of "Hot Wheels" "Classics" "The Redline Era" book, the 1968 Plymouth GTX, has that Redline look, so had to combine the two! :^D The next car ad. is the 1968 Plymouth Barracuda, and I'm sure a song comes to mind . . . The last car is the 1968 Plymouth Fury. The Valiant, and Coronet, were also advertised, and actually, the Plymouth Coronet was the closer style, to the 1969 Charger, but the ad. made it look more like a family car, not a Hot Wheels! :^D

Thank you for looking! I think more for entertainment, and the memories it might conjure! Enjoy! All comments are welcome! :^)