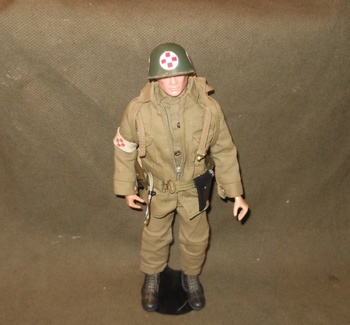 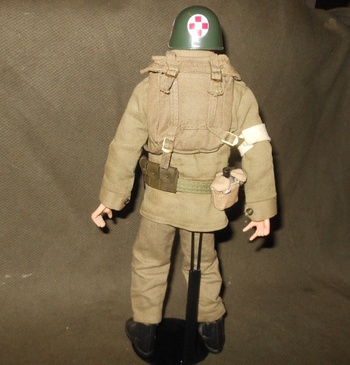 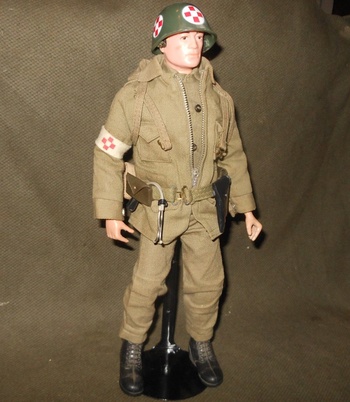 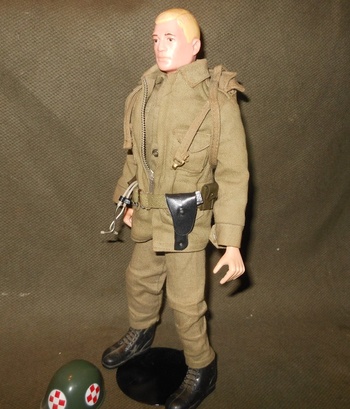 Got this about 2 months ago and he has just been standing around waiting to be photographed. As can be seen that has been done and he is now with the other Joes.
The Marine Medic set was released in 1964 and sold through 1966. Maybe 1967, it gets a bit fuzzy. Sadly there is no such thing as a Marine medic. Marines use Navy corpsmen for medics. This one came dressed in an Army uniform which seems to be common. My other medic is also in an army uniform. The other set for the Marines that did not work out all that well was the Marine Paratrooper. Something that the Marines did not really use. Good thing as it was not the best idea ever.

Some notes on this figure. The boots are wrong as the there should be tall brown boots instead of the Navy short black boots. The belt is the M1 cartridge belt missing one of the ammo pouch sections but has a canteen with cover and first aid pouch. Both of those are way better than the ammo pouch section. One armband is missing which I can live with. The helmet is a Cotswold reproduction and I can live with that too