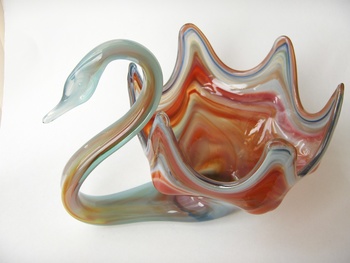 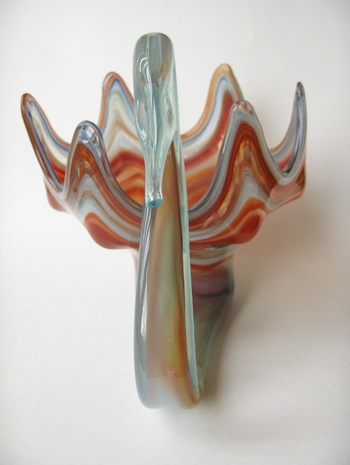 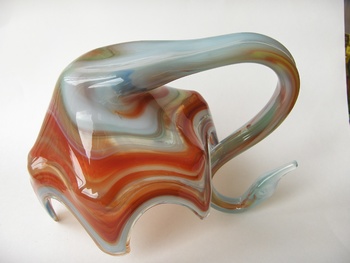 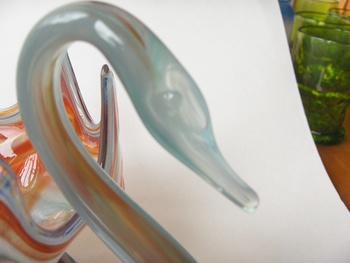 Lots of these too on the resale market, in many colors, with a variety of shapes, as they were molded and pulled. I keep mine in the orange and grey bathroom.

The producer is one that we don't often hear about, it is an American company called Sooner.

Here is one of my Facebook friend's shared detailed description:
"Sooner Glass by The Glass Garage
These iconic pieces were very popular in the 1970s. Originally sold under the “Old Hickory Glass” label, as early as 1959 they are more commonly found under the “Sooner Glass” label as well as several other names. Many of these pieces were made by the Central Glass Co. out of Spiro, Oklahoma, but both Colorado Springs, Colorado and Fort Smith, Arkansas were also known locations where this type of glass was made, either by the same people or others using the same techniques.The Swans and the Trumpet Vases are by far the most common and easily recognized pieces, but there were many other items, these include handled baskets, serving trays, swan napkin holder, cornucopias, and several different styles of vases. Mostly found in the earth tones (brown, honey gold and avocado) popular in the late 1960s and 1970s, other colors found include blues, greens and oranges.” 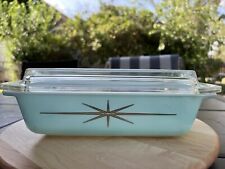 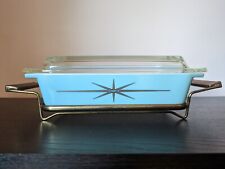 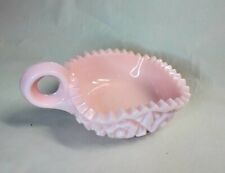