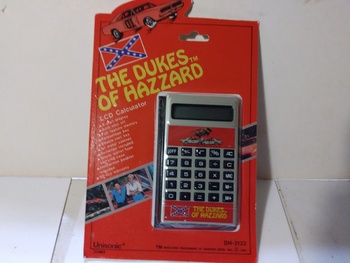 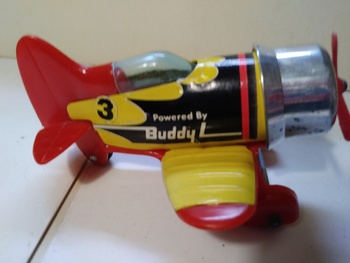 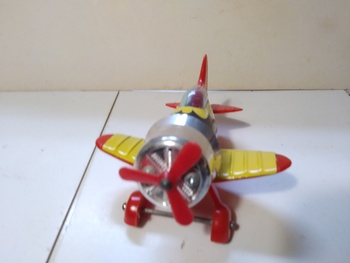 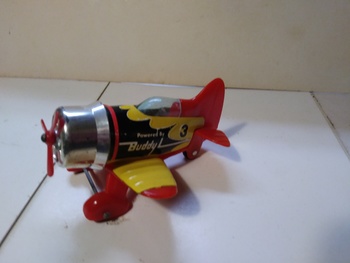 Just picked up a couple of items. Here's a Dukes of Hazzard Unisonic Calculator. Made in 1981, I don't collect Dukes' items unless they have the flag on them. This has a flag on the card and the calculator.

Buddy L airplane. I assume its supposed to be a Gee Bee pylon racer from the 30's. I'm not a Buddy L collector per se either, except for the "The Rebel" series, but I always loved the Gee Bee. I thought this was a pretty cool colorful toy rendition of the Gee Bee emphasizing the stubby appearence of the plane. It's made in Japan, so I guess it's very early 80's or before. All of the later Buddy L I've seen were made in Hong Kong. The actual Gee Bee was basically an engine with just enough wings, stabilizers, rudder and cockpit to make the engine airborne and questionably controllable.

Thanks for looking, Bill.