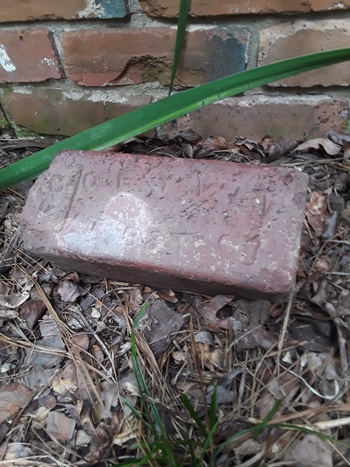 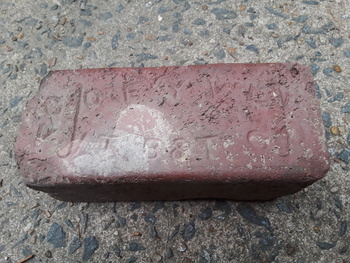 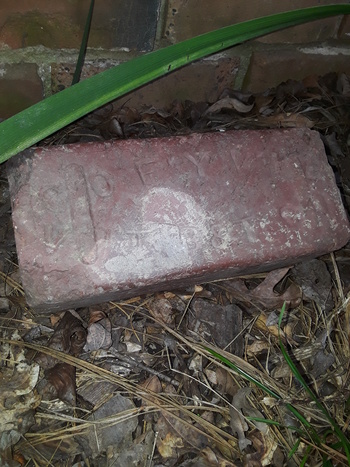 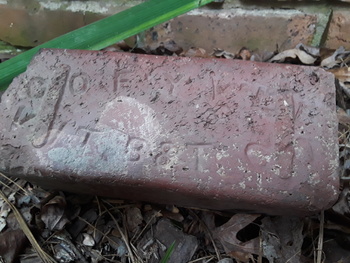 I wouldn't call myself a "brick collector" (though it certainly appears that there are others out there who actively would, maybe even including one or two here on CW??) but I still think this is kinda cool. :-) Picked up today after I noticed it laying loose on the ground in the alley behind the shop where I work during a smoke break -- there's no telling how it got there, how long its been there, or from what and/or where it first came from/was once part of.

On one side of it in a kinda ovalish shape are the letters "COF'Y V'LE VIT B&T CO". which would seem to identify it as being made by a version of a company from Coffeyville, KS, but the couple online references I discovered don't really provide any further info about that company or its timeline and/or numerous names. (??)

The whitish 'spot' which appears in the pics is where I carefully chipped away a (the only) little spot of old mortar which was still stuck to its surface, to help reveal its lettering. I'm betting that will darken/fade away naturally after a few months spent in its new home (as pictured here) as my now newest bit of 'flower bed ephemera'...? <lol>