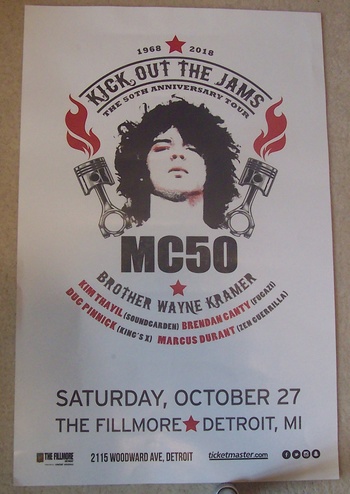 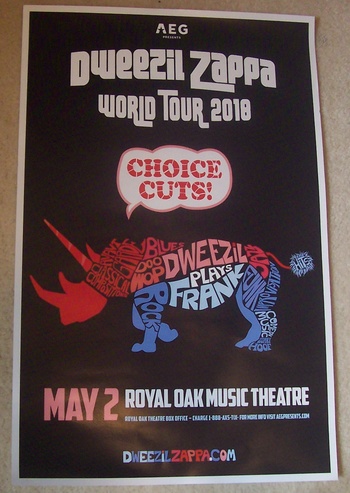 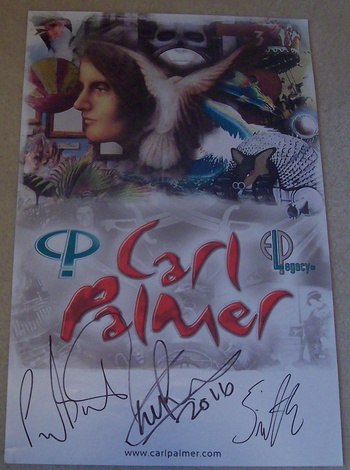 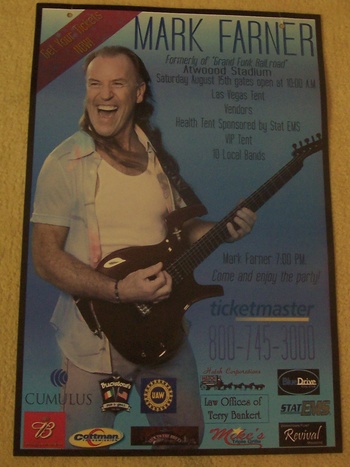 I love collecting rock posters! A lot of them I 'aqquire' from the walls of the venues I go to when bands play. Most of the time I have no trouble getting them. Others I get from record shows and other places. I have a pretty large collection with a lot of them framed.
1st we have Brother Wayne Kramer from the great Detroit rock band the MC5. He is doin a 50th anniversary tour of that great band. I have seen him many times and hope to attend this show and maybe the show the nite before also in Detroit at 'St Andrews Hall' 'Kick Out The Jams Mother F___kers!

2nd is Dweezil Zappa, one of the sons of the late great Frank Zappa. A accomplished guitarist in his own right. He has been touring for a long time mostly paying homage to his dad's work but also has his own wide array of music. Unfortunatly I missed this show back in May. The price was pretty high (and it's a lot harder to sneak into venues these days. lol)

3rd Carl Palmer, drummer elite! The only surviving member of Emerson Lake & Palmer. 1970's supergroup. He has been touring for many yrs now playing and celebrating the music of ELP. A 3 piece unit with a guitarist replacing keyboards and no vocals, just incredible instrumental jamming. This poster I had autographed by all members.

4th Mark Farner, singer,guitarist and songwriter for 99% of all of Grand Funk Railroads music. He has been touring constantly with his own band for yrs. My girlfriend and I have seen and met him many times. A few yrs back He gave shooting lessons to my girlfriend. He is currently touring with Blue Oyster Cult. I mentioned him in another post of mine and we have tickets to see them both in Sept in Jackson Mi.

Hope you all enjoy and keep Rockin! 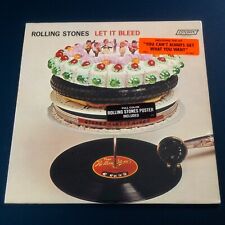 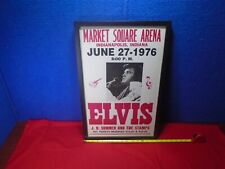 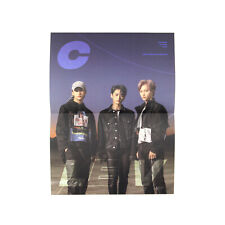