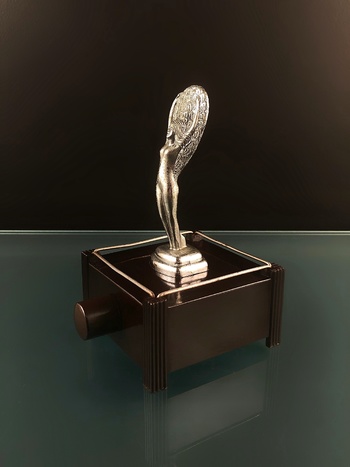 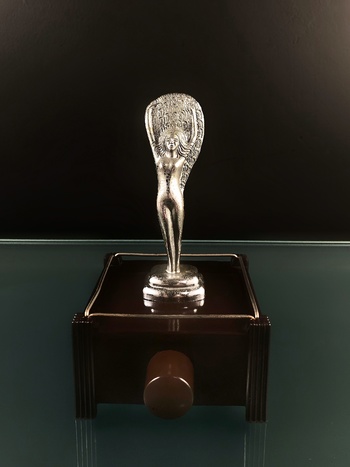 Battery powered lighters were used early on as table lighters - touch tips was the most common name for them. A Parker-Beacon Silent Flame lighter (mid-1930s) is shown. This particular lighter takes two D-Size batteries in the base. The wand is removed and laid on one of the wires and the tip is touched against the statuette. This completes and electrical circuit with the batteries and causes a small coil in the tip of the wand to heat up enough to ignite a cigarette - exactly the same as cigarette lighters which used to be in cars.

I can hear the current and smell it but for some reason it’s not lighting the wand. Anyone have any suggestions for correcting this?