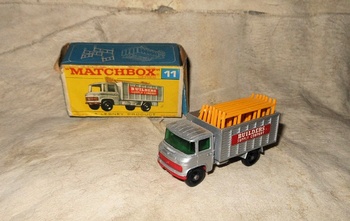 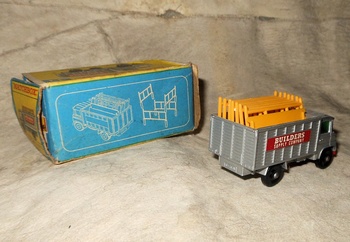 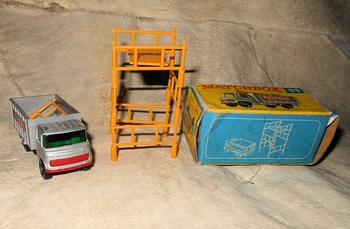 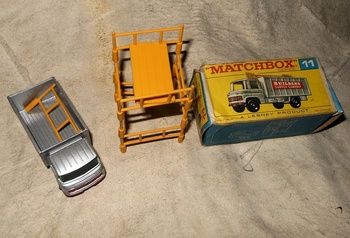 A mundane use for a Mercedes but then it is truck and not a luxury car. This is the MB-11 Scaffolding Truck released in 1969 and sold through 1971. It was only sold in this configuration in 1969. In 1970 it was switched to Superfast and became a racing scaffolding truck which is probably why it had a short run.
The fun feature is that has a scaffolding which has been put together in photos 3 and 4. In the other photos the scaffolding is in the back of the truck. A bit more play value than rolling across the floor.
Now for the exciting box section. It is an F style box and normally I go through when certain box styles were used versus when the model was produced. But this was the box used in 1969 and the model from 1969 and that is that.