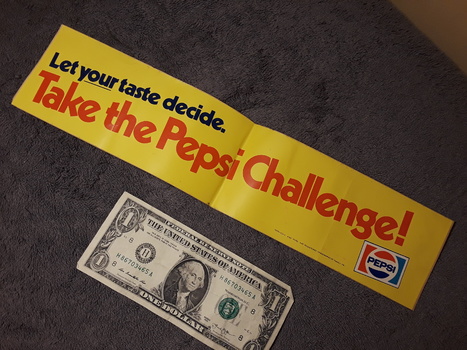 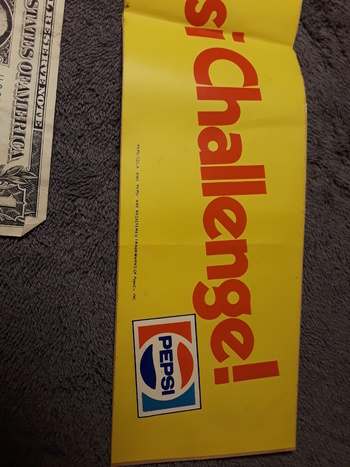 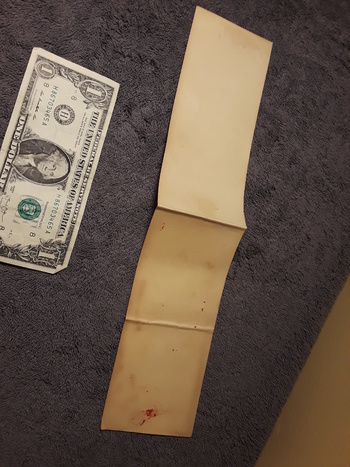 PEPSICO first rolled out their "TAKE THE PEPSI CHALLENGE" marketing campaign in the mid 1970's, a sorta 'double-blind taste test' where random people in public places could taste two plain white paper cups of 'cola beverage' [Pepsi and Coke] and pick their favorite, which would then be revealed to them.

In my case, it was on a street corner somewhere in downtown Chicago IL in 1979/80 or so. This actual never-used bumpersticker was my 'giveaway souvenir' from the moment. Also for the record, I chose the PEPSI and remain a loyal Pepsi drinker to this day... ;-) :-)