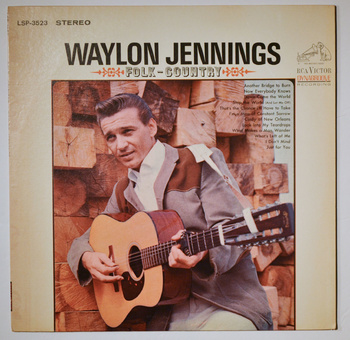 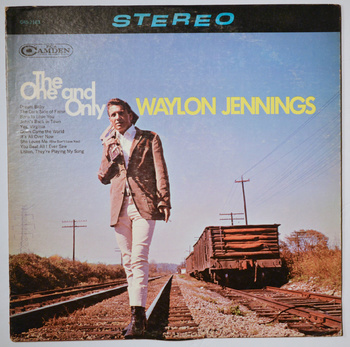 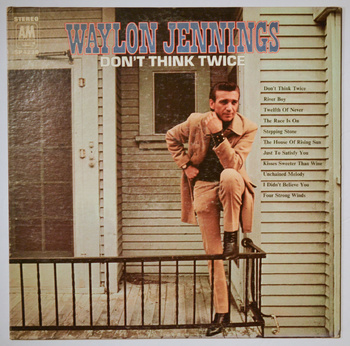 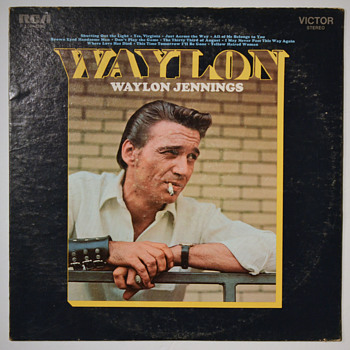 Waylon has been making an appearance in this discussion for the last couple days - I thought I'd toss in a little more.

Waylon was the bass player in Buddy Holly's back-up band. That's how long he had been knocking around the music business. His first solo release (a Brunswick label single "Jole Blon") went largely unnoticed. Followed with a series of singles and a short-run private label album, he was signed to the then developing A&M label. A&M released a series of singles. They also went largely unnoticed. In 1965, Jennings signed with RCA Victor and moved to Memphis (Pics 1 & 2). Though he was still being promoted as a folk singer, he was in the right place and started to be noticed in the Country and Western market. Several hit singles followed. Trying to cash in but still not quite getting what was happening, A&M repackaged their earlier singles as a folk music album (Pic 3). By this time (1970), RCA was about to release Waylon's twelfth album for them (Pic 4) and Waylon became the "brown-eyed handsome man".