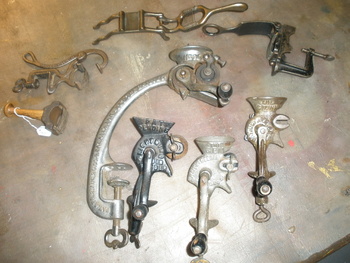 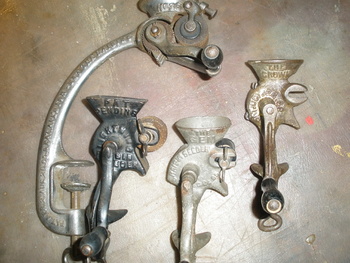 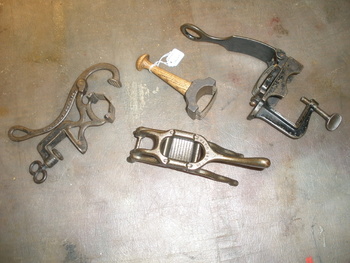 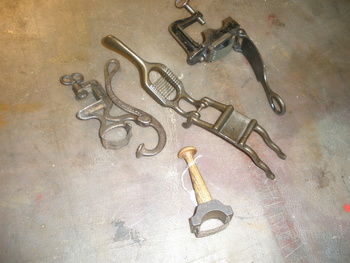 I have a selection of raisin seeders that I want to post today. The first photo shows all 9 seeders.
The second photo shows the "Enterprise" Seeder, the "Lightning" seeder, the "Gem" seeder, and the "Crown seeder.
These four seeders rotate the raisins, several at a time, through a wheel that sorts the seeds from the raisin pulp.
The third and fourth photo shows four similar seeders that squeeze the raisins individually. The third photo shows the seeders closed and the fourth photo shows the seeders opened up ready to accept the raisins.
So, where do you find raisins with seeds and why would you want to remove those seeds?
The answer is...….. all raisins had seeds. Hybrid raisins without seeds came later. Some raisins still have seeds, like some variety of Concord grapes, but, mostly now, they are all seedless. Did you ever notice that grapes are advertised as "seedless" grapes when they are in the grocery store?
You have to rehydrate the raisins by soaking them in water or scalding them with hot water before you can take the seeds out, Running them through the seeder separates the seeds to one bowl and the seeded raisins to another.
Now ….. you are ready to enjoy a raisin pie without spitting out the seeds 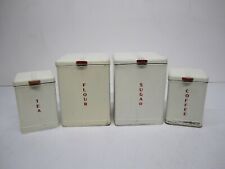