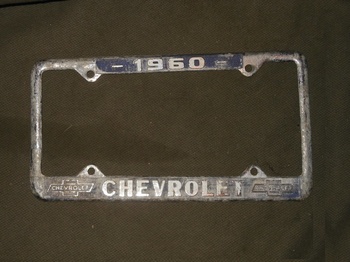 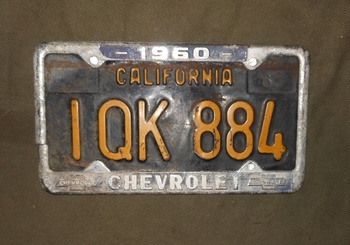 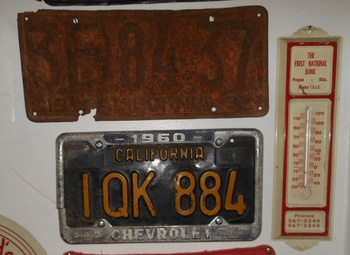 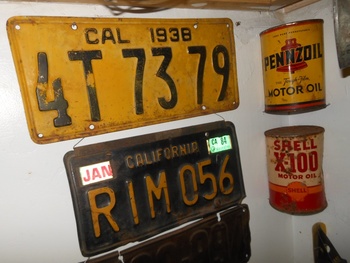 Nothing goes better with a license plate frame than a license plate . Also works quite well the other way around. I do not think this frame is actually from 1960. It seems to be available new but is a GM licensed product. This one seems to have spent a few years on a 1960 Chevrolet. It is broken on the left hand side.
The license plate it is coupled with is a 1964 plate. I will find a proper 1960 plate for it eventually. I believe that plate I am using is the first that used stickers instead of making a new plate every year. A 1960 Chevrolet would have used the black plate eventually but I believe the orange plate was used in 1960 in California.
Free bonus picture in in photo #4.