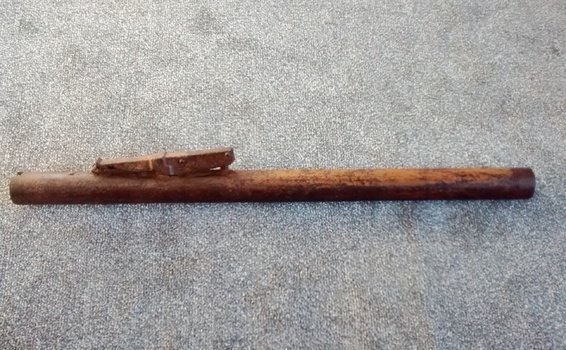 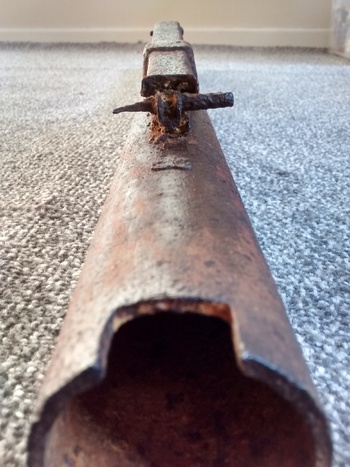 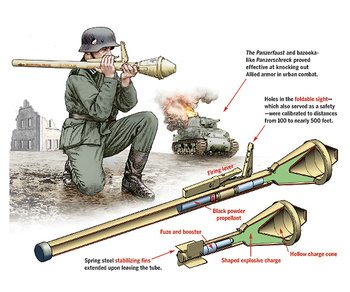 This is a Panzerfaust 60. A single shot rocket launcher used by Germany during WW2. This is just the launch tube, missing the warhead which was presumably fired from it back in the day. The missing warhead had a diameter of 10 cm (4 in); it carried a shaped charge of 400 g (14 oz) of a 50:50 mix of TNT and tri-hexogen. Fitted to the warhead was a wooden shaft with folded stabilizing fins that straightened into position by themselves as soon as they left the launch tube. It had a range of about 30 m (100 ft) and an armor penetration of up to 140 mm (5½ in) of plain steel.

They are best known for being used by poorly trained elderly conscriptions into the Volkssturm and by Hitler Youth boys, who in the later stages of the war were given these as their only weapon and told to wait in a building for an enemy tank to come into range.

This one is in 'relic' condition but a quite nice one as you can still see some of its original paint.