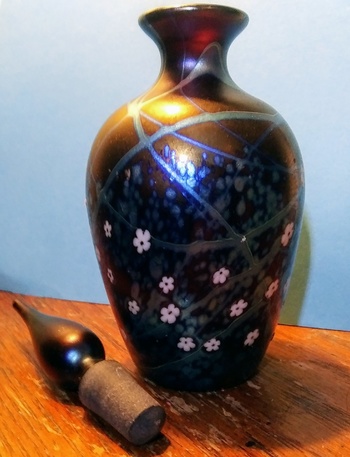 the clear bottle is the nugrape bottle from 1922 patent still pending on it I think it was made in Tennessee I just think it's so cool I love old bottles jus wanted. to share its swag... and the other one is just a bottle. Collected from a friend I'm just thought it was cool that looks like a Genie in a Bottle or something I don't know where it as from or who made it or anything I just thought I was beautiful