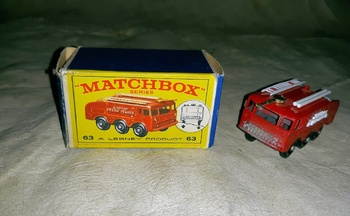 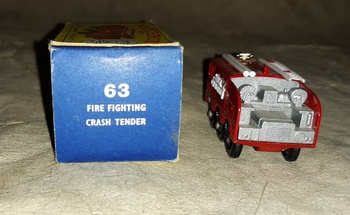 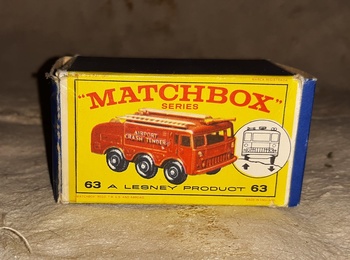 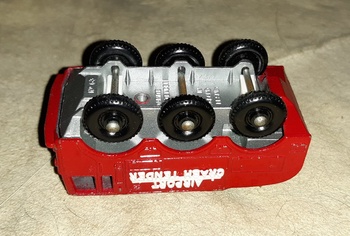 Posted this model a few months ago but without a box. Found this at the Rose Bowl with this box. The Foamite Crash tender was in the catalog from 1964 through 1968. I got some conflicting information about the E Style boxes starting in 1964 or 1965. I am going to guess 1964 as I have never seen this model in a D style box.
The end flaps on the box indicate this is an E1 box. This one just has text on the end flaps while the others have some sort of art work. So that puts it at the beginning of the E box period either 1964 or 1965.
Wrapping this up is the suspension system as seen in the round illustration on the front of the box. In the last photo the suspension system is displayed. Plastic strips under the front and rear axles and the axles are mounted in slots instead of holes. Thus realistic suspension of sorts.
Picked up 2 more Mondays worth of Matchbox in Long Beach today along with some other items so stay tuned.