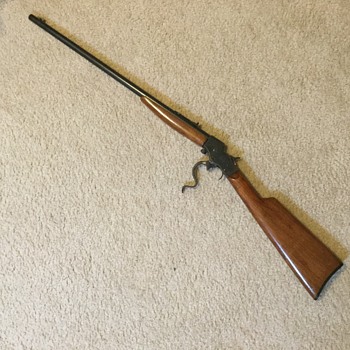 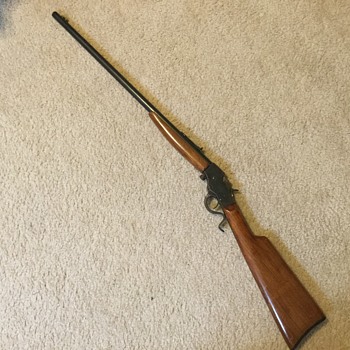 My Stevens Favorite 32 cal single shot rimfire . It has all the bluing on the barrel. The rest is good ,no trust. It was given to me by the father of a man that I rented a garage apartment. His residence and his son, my landlord were having to move because the area was going to be used for a 6 lane highway.
He had a giant pecan tree that gave him 300 lbs of large pecans every year. That was sad to see that beautiful tree bulldozed down .
He had to move out and he gave me this rifle. I have been told that 32 long rimfire ammo is no longer made. It looks like new , barrel is very good. I may pass it on to my son ,if he wants it.