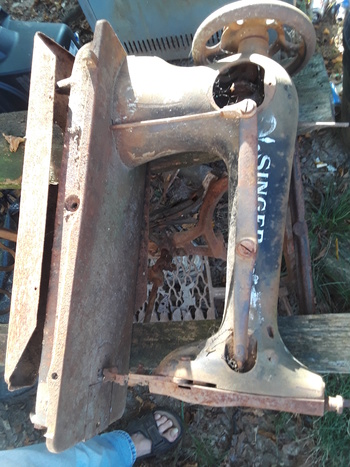 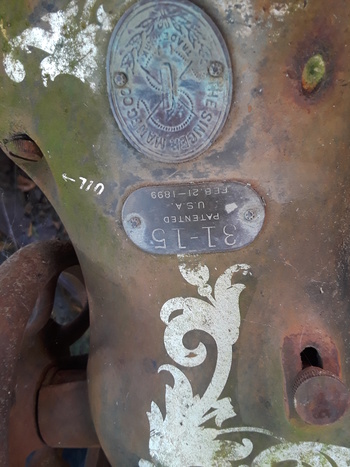 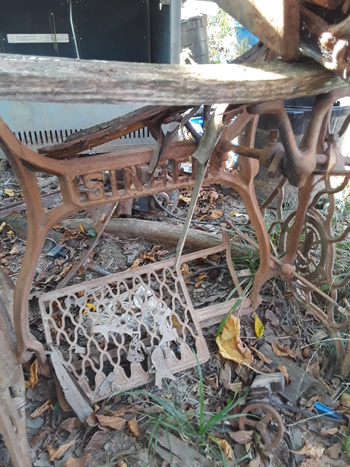 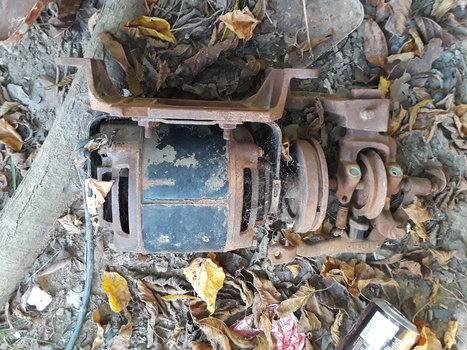 Noticed today rusting away in a friend's backyard, and it somehow looked a little curious to me with whatever that 'arm-thing' on its front is, as well as the kinda unusual (?) pulleys on it and old electric motor assembly (last pic) laying next to it. Most of its former wood cabinet has long since rotted away, and what remains might not be anymore than just "scrap metal" now, but I did notice it still had nameplates on it...rubbing on 'em with the fingers revealed enough info for a quick Google search just now, which sorta suggests this might have once been some model of "commercial model" machine...?

AND I, for one, know *absolutely NOTHING* about old sewing machines. SO MY SIMPLE QUESTION IS THIS, to those many other learned CW members that really do know about such things -- is this rusty hulk of iron anything worth attempting to "save" in some fashion, for anything beyond yet one more potential bit of "rusty flower garden art"...??? ;-) :-) Not that I might just eventually rescue it for that exact purpose anyway <giggle> but it'd be a shame to do that if there really *is* something semi-unusual about it...??