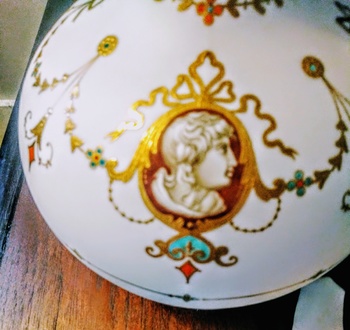 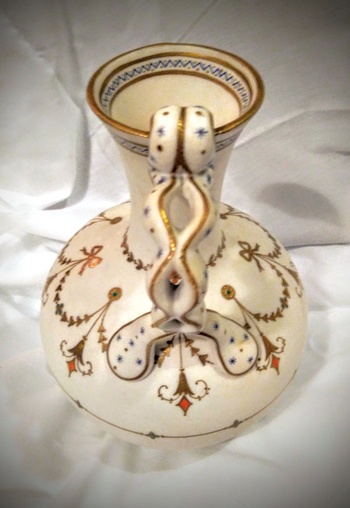 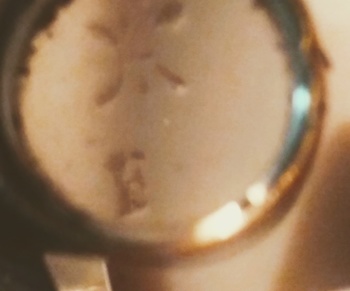 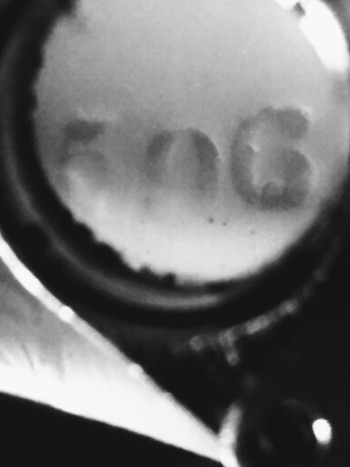 After long last, I think i have managed to i.d. this ewer as Minton, based on two other matching bodies, but not matching decoration or impressed marks. From my original post, I have included images of the very hard to see markings underneath. It seems the biggest character is an old fashioned capital S, or the Minton date cipher for 1854, a sloppy,overturned "s" shape--attenuated, not like a font type. The others are a small upper case serif F, the numbers 596 in an archaic serifed form (think late 19th century railroad numbers on the side of a train. Heavy thicks and thins.) And the real hair-puller, a mark that resembles all of the following: a stylized H monogram, possibly a designer? An earlier Minton date mark that resembles a doubled/mirrored fleur de lis, a Cyrillic "Zhe" (the 'X' with additional line through the center giving it three legs top and bottom.) A stylized fleur de lis. I now believe this is the date marks. It matches the 1859 Minton mark.

Besides the marks, the piece is magnificent. Smooth body and super clear raised jewel-like application of slip and perfect symmetry and airy balance throughout. Now that I have identified two other matches for shape, almost certainly Minton pieces, how do i proceed? Searching for any old Minton or Copeland geniuses. Can't match the marks/decorators. Much appreciated!!