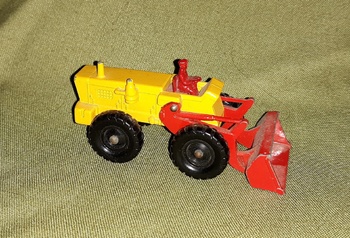 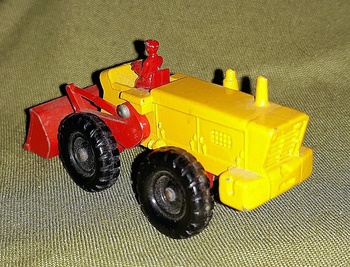 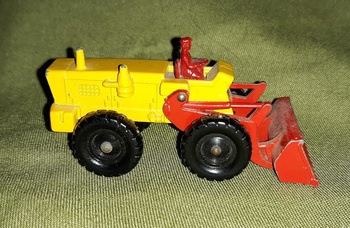 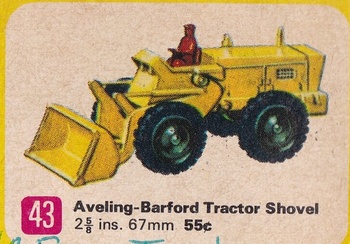 No box but I did scan the 1967 catalog for a box-like image of the Aveling-Barford Tractor Shovel. I believe that is English for a front end loader. Looks like a big engine in that thing. The little metal man helps to give the scale. Also the catalog picture gives the size in inches and millimeters.
There are two versions of this. One has a red shovel like this example and the other is the same yellow color as the rest of the tractor.
The shovel section on this one requires finger support. Like may of the early Matchbox models this one had no dampening system to hold into position. Also the metal man is a feature of early Matchbox models. Some of the later passenger cars had plastic people but most just had imaginary people..