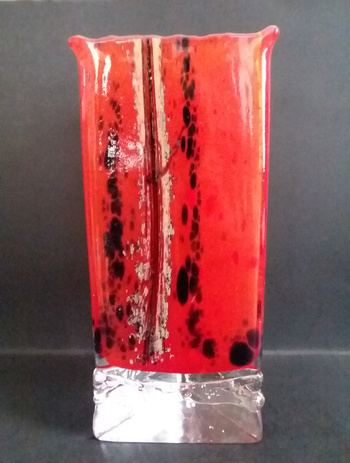 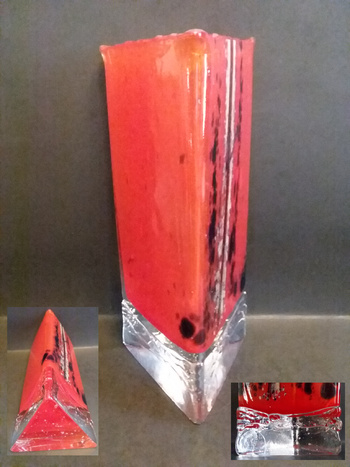 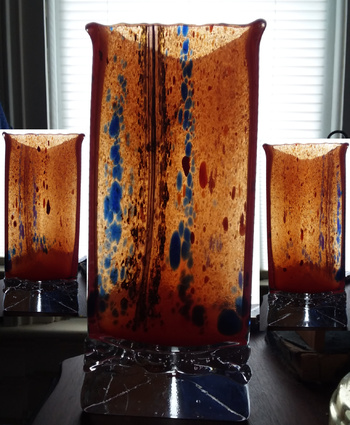 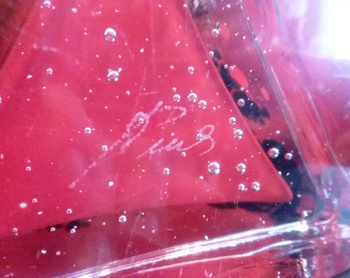 This triangular vase is 12" (30.5 cm)high and about 5.75" (14.5 cm) on each side. It weighs 7 lbs (3.2 kg). It is signed, but there is no label or maker's mark. I have seen multiple similar examples with "Atelier Beranek" labels and an attribution of designer as Jiri Beranek. The vase looks opaque unless there is light behind it. There is a sufficient amount of interesting work on the two non-main sides when backlit. It bugs me when designers/artists ignore everything but the "main" side. None of these on CW, yet, so here is one. My pictures are not great as it is a biggish piece. I may try again later.

This was an ebay find and when I came across the auction, there were 11 watchers. The seller described it as "1965 BERANEK MID-CENTURY SKRDLOVICE ART GLASS CZECH VASE MURANO EAMES ERA 9608", kind of a kitchen sink description to suck in as many potential buyers as possible. I did a quick search and it did seem to be by Beranek, at least. From the search results I saw, it seems to be maybe 2000s production, but not certain of that. The seller lopped 30% off the price almost while I was looking at it which seemed like a great deal compared to some of the other prices I had seen, so I ponied up the $ even though it lacks a label. I had spent some time researching it because I really liked it and that decided me to take the plunge. I found that there were/are numerous artists working at Beranek, so not sure of who signed this. I am interested in knowing who the artist was.

The seller was very slow to ship, a non-communicator and not a great packer. The vase was not wrapped in, or filled with, any protecting material and stuffed in a box surrounded by crumpled paper and it moved around when I shook the box. The box had one "Fragile" written on it in pen. I was expecting the worst when I opened it, but it is near mint and undamaged. Kudos to FedEx! Lots of sticker residue all over the vase which I am still removing with rubbing alcohol when I encounter it. 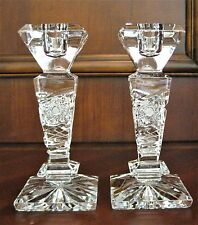