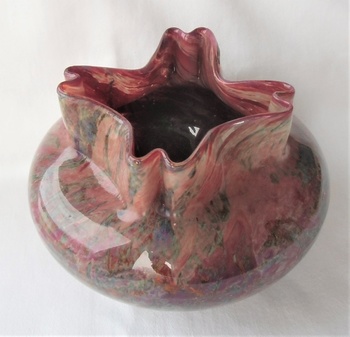 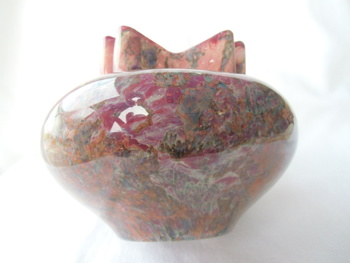 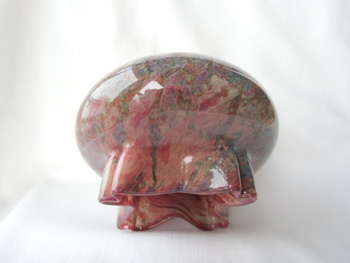 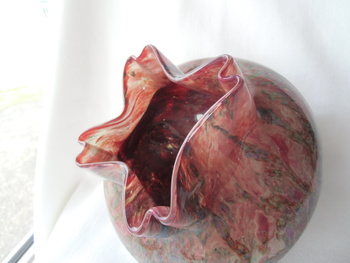 Surprised to see me re-introduce this nice piece of Art Glass I owned?

It's only because now it is used to attribute a totally different decor, the famous Burmese glass innovation which was an American Mount Washington special production in 1885, and a gift for Queen Victoria of England. She gave it it's name, based on her stay and memory of the sky in Burma at dusk.

Webb in England has a license to produce their own version in 1886, and now we are supposed to agree that Welz also made a version, when? That would be after the two big glass companies had made, exported and sold theirs, and it is somehow mostly found in Australia. ..... Fenton, the large decorative pressed glass American company also had their own version later. There is a book published about their pieces made in 1970.

If you look at the 2 bowls side by side, you will see one difference right away, the rim shape is not even, the Ms are not in line, the opening is larger, the rim is shorter in proportion, as far as sizes, nobody is saying. See comments for my added links.