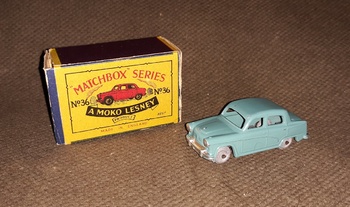 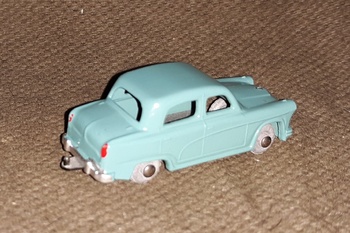 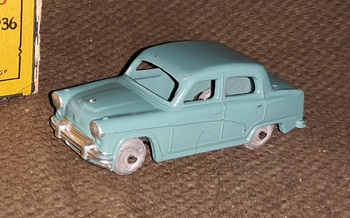 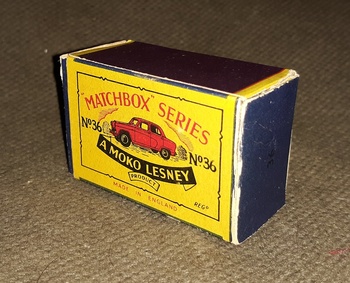 Another model of a rather mundane car. Although as this is an older and much less common model with the box it is not actually mundane at all. It was first released in 1957 and sold through 1960. Once again it has that Tootsietoy look. That is partially from the flash photography. Normally the interior would not appear so bright. This is the blue/green version I believe. In 1960 it was released in blue although a light blue so not much different. I rather like this color, it seems warm. Now on to the box.
The box here i8s a B1 style box first used in 1954. The B Styles were used until 1960 and there were 5 variations. As this model was released in 1957 I am thinking the model was released in 1957.
The 1:1 version was released in 1954 and had a 1.5 liter engine. It could go 0-60 in about 30 seconds. Top speed was 74 MPH but it did get good gas mileage.
Through Matchbox I am becoming familiar with classic British cars so I can appreciate them when I see them.
Plenty of good toys coming this week so stay tuned!