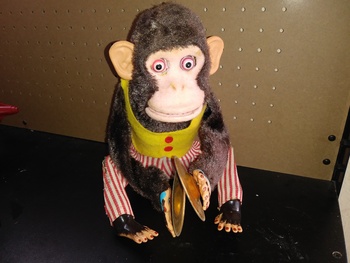 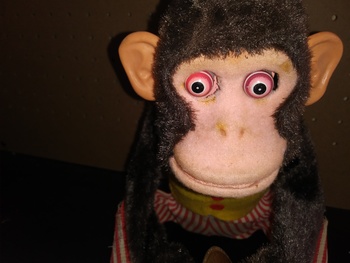 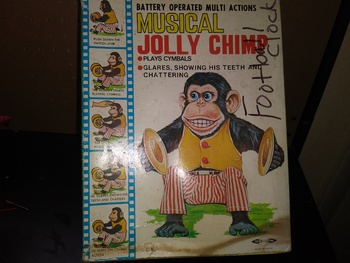 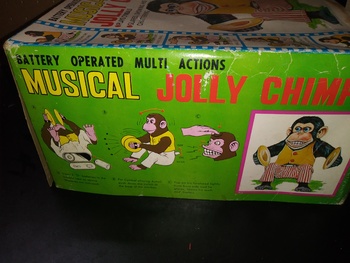 This is a classic battery operated amusement toy most of you have probably seen. It's the Musical Jolly Chimp made by Daishin CK(Japan). It had a long production life from the '50s into the '70s and was popular. The clothing, name(Cymbal Monkey, etc.) and boxes changed over the years, but the mechanism/actions remained the same. He would relentlessly bang his cymbals until you pushed the top of his head, he then glared(the red ringed eyes would pop out), bared his teeth and "chattered". There's many battery operated Japan made amusement toys from this era but the Chimp got more airtime than his brethren. He was in '80s cocaine abuse comercials("monkey on your back"), Toy Story 3 and pops up in tv and horror movies when a creepy spooky toy is needed. In my book he's a worthy Toy Hall of Famer who earned his creds on TV, the movies and in the hearts of people he amused at home. There's a video link in the comments.