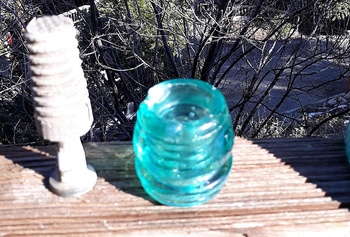 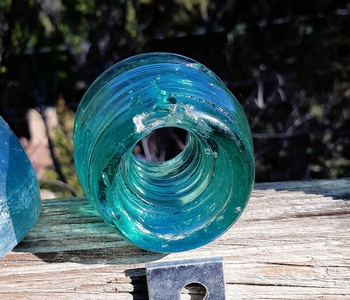 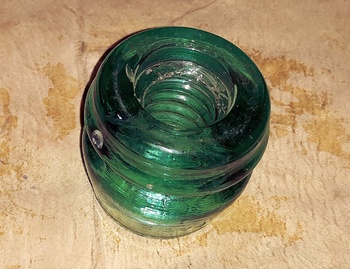 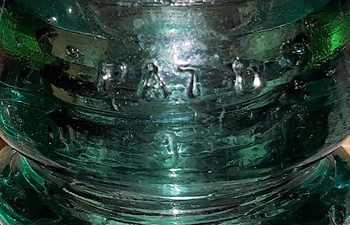 Wow that is a long title and it makes no sense. So let me see if I can explain it. This is a rather small insulator just over 2 inches tall. It is open at both ends so the peg would go all the way through it. These were said to be used in mines and were called Brown's Ponies. Smal insulators tend to be called ponies. The style on this one is CD 188. As for the petticoats that would be the skirt areas above and beneath the groove where the wire goes. I think that explains the title aside from the alteration.
The embossed writing is hard to read but it says PAT'D NOV 23rd 1886. That doesn't mean it is that old but this is most likely over 100 years old making it officially an antique. That doesn't really make it more valuable. A rare and derivable color like amber perhaps would. 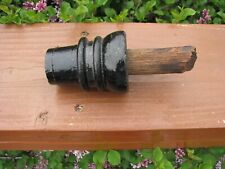 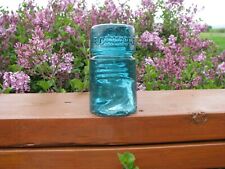