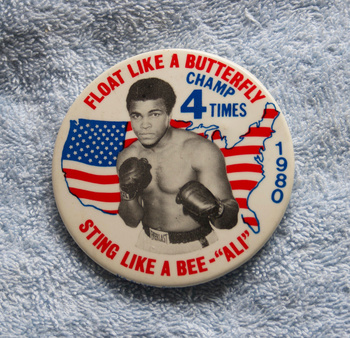 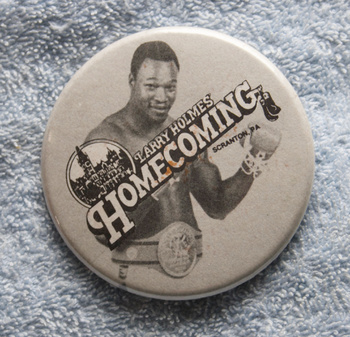 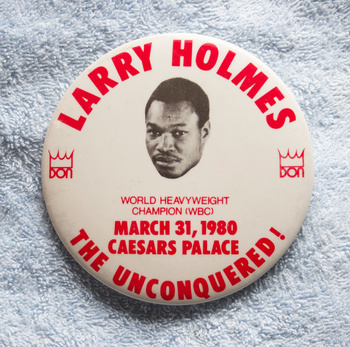 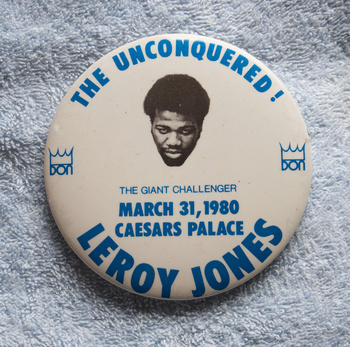 This laminated metal pin is three inches in diameter. The second pin promotes the Larry Holmes/Lucien Rodrigues fight which was held in Scranton, PA. Holmes got his boxing start in Scranton, and this fight near the end of his career, was sort of a payback to those who supported him early in his career.

The last two pins were from a a heavyweight boxing championship fight held on 3/31/80. Each are laminated metal and are four inches in diameter.