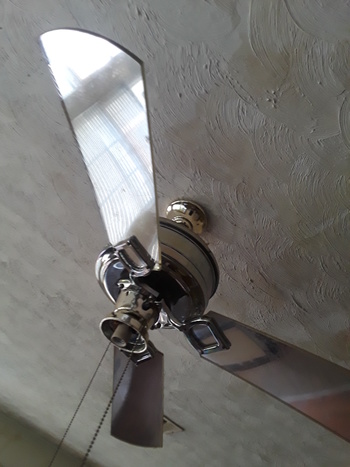 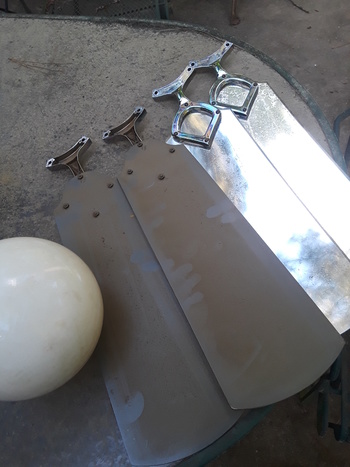 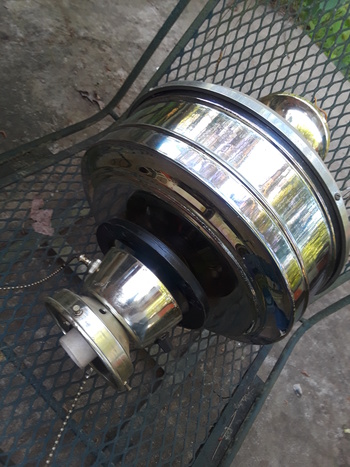 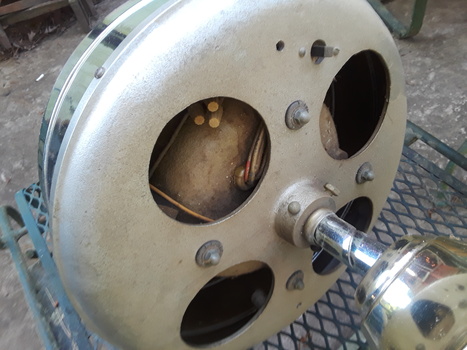 I've had this thing for at least 20yrs, originally rescued from what was then known as the Salvation Army 'as-is' store, otherwise the garage/warehouse behind the thrift store itself where they stacked all the rest of the junk that nobody deemed worthy to put in the store proper...customers (me) were allowed to sift thru the boxes/piles and somebody would invent a 'price' offhand if anybody found anything amongst it all that they really did want. In fact I found the stack of its 4 fan blades first (which I would have bought by themselves anyway) but it took another half hour at least to finally discover the matching motor in another pile on the completely opposite side of the room. I remain happy I had the persistence to keep looking/digging?! ;-) :-) :-) I've always kinda amused myself to think that it first served somewhere in a *really classy/flashy* nightclub or somesuch similar place...?? <LOLOL>

Pics here aren't the greatest, I forgot to snap one or two before I started to take it apart today to eventually re-relocate in my own current home from my former residence ( pic #1 when I did remember, one blade and its lightbulb/globe already in a box) and the others are with it now disassembled again. It is obviously still in need of a fresh and thorough cleaning before I can reinstall it here...all for another day, that. ;-)

MEANWHILES, as should be evident by the pics anyway, its four blades are actually made of mirrored acrylic plastic and its motor is contained in a fully chromed (but for its topside) housing. It is also nowhere near a 'small/lightweight' thing...each blade is a little over 20" long, the motor housing is about a foot across and 6" tall by itself (not counting its light fixture or relatively short hanger pipe) and the motor unit itself weighs in at somewhere several pounds north of 24, the limit of my current kitchen scale. Look close at pic 4 and you can see how big/heavy its motor really is in there...another notable feature is that it does not have the (now typical) hi/med/low 3way switch to control its speed, instead having a built in rheostat kinda knob (the black one, RH side in pic 3, hard to see) with a pull chain switch (high quality Leviton "Levolier", look back in my previous posts to see other examples of some of those) to simply turn it on/off (a 2nd much more typical pullchain on the light fixture for the same purpose) to allow it to run as fast or slow as anybody would want it to. Another little 'slide switch' (as is also still typical, located on the top and in pic4 on this one) reverses the direction it actually spins. No doubt somebody somewhere a few decades ago paid some good coin for it (though it cost me only relative pennies when I got it, probably)...this is a quality built machine no matter whoever/whenever somebody's company actually manufactured it. Oh and to that, if it has any maker's marks on it I haven't ever noticed them... ??

I guess I should also add that it still runs perfectly and indeed quite silently to this day... :-) :-) :-) 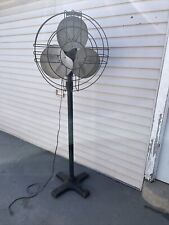 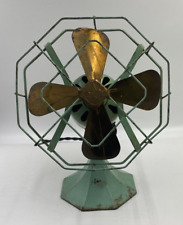 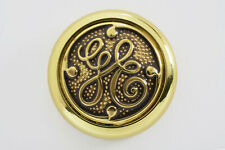