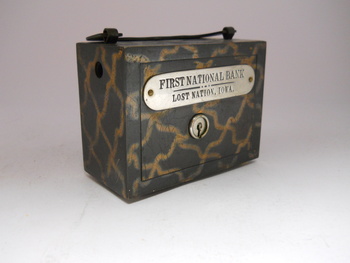 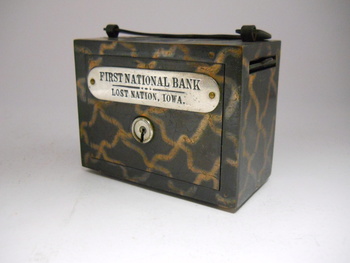 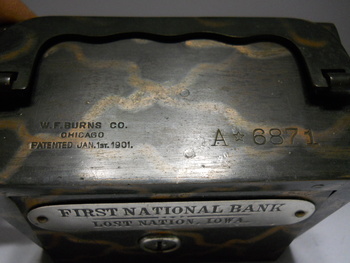 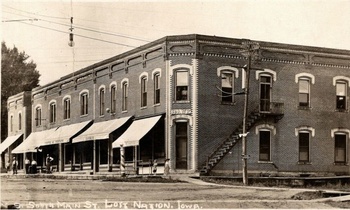 Hello CW Members, Followers, Friends and Visitors.
Being a long time since I post a steel Bank from my collection, I will follow on this shortly, I know, I know, I say that before, my research on those as found time to be share, it's very interesting actually when you look at that, collected them for 35 years +, so sure something come out of it, like this example above, it's the only one over this long period of time collecting them that I found one in this electro plated finish, never found another one like it.
For those of you that don't know, those little suitcase or little metal box, was giveaway by the assuming branch to let small depositor use there service, also most time peoples are fare from the city, so every steel bank are link with a serial number, this number is proper to the customer cardex that rent that steel bank, when the little bank was full of coins they bring back to bank for deposit the amount in there account, very simple and easy way to get everyone saving.
This system was invented by Walter Francis Burns from Chicago, Illinois in 1894, Home Saving Bank System.

Lost Nation is located in Clinton County in east central Iowa.
Lost Nation was platted in 1872. Lost Nation was named for the fact it was the second town started at this site; the first "lost" town had been decimated by disease.
During the National Bank Note Era, the population of Lost Nation was 523 in 1910, staying fairly constant with 493 in 1930. It's highest population was 567 in 1960, and the current population is estimated at 420 (2016).

Hope everyone is safe and well.
Many thanks to all of you for Viewing.
Enjoy
Alan