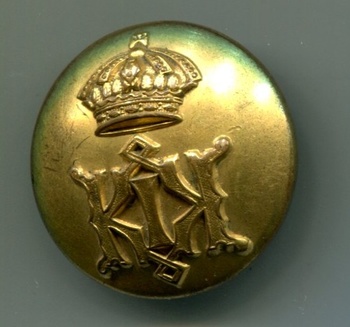 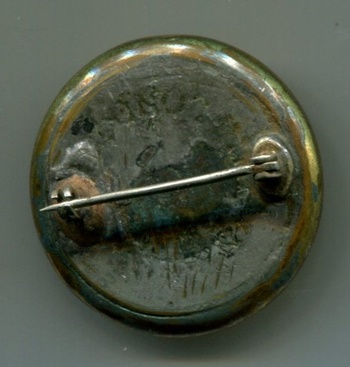 Royal Hawaiian Military Button
Any Royal Hawaiian collectible artifact is scarce or rare. This military uniform button features the crowned monogram of King Kalakaua I who reigned from 1874-1891. He was the father of the modern Hawaiian army and the modern Hawaiian coinage of 1883. The button is gold colored brass, 27.27mm in diameter. After the fall of the Hawaiian monarchy in 1893 this button was converted into a souvenir pin by filling in the hollow back with lead and mounting a hinged pin on the lead base. The pin originally had a rotating catch but as so often happens the rotating part went “awol” long ago.